Since I went last, the controversial quote on the east side of the memorial was removed. While I think it was a good thing to remove that quote (given MLK never said it), I’m glad I was able to capture an image of it before it was removed.

It was a beautiful and peaceful morning, with visitors steadily gaining as morning went on. Martin Luther King’s distinctive voice rang out from speakers in the distance, adding to the reflective feeling I had. The calm colors of the sunrise and the moon’s presence really felt illustrative of the mood at the Martin Luther King Memorial this MLK day. 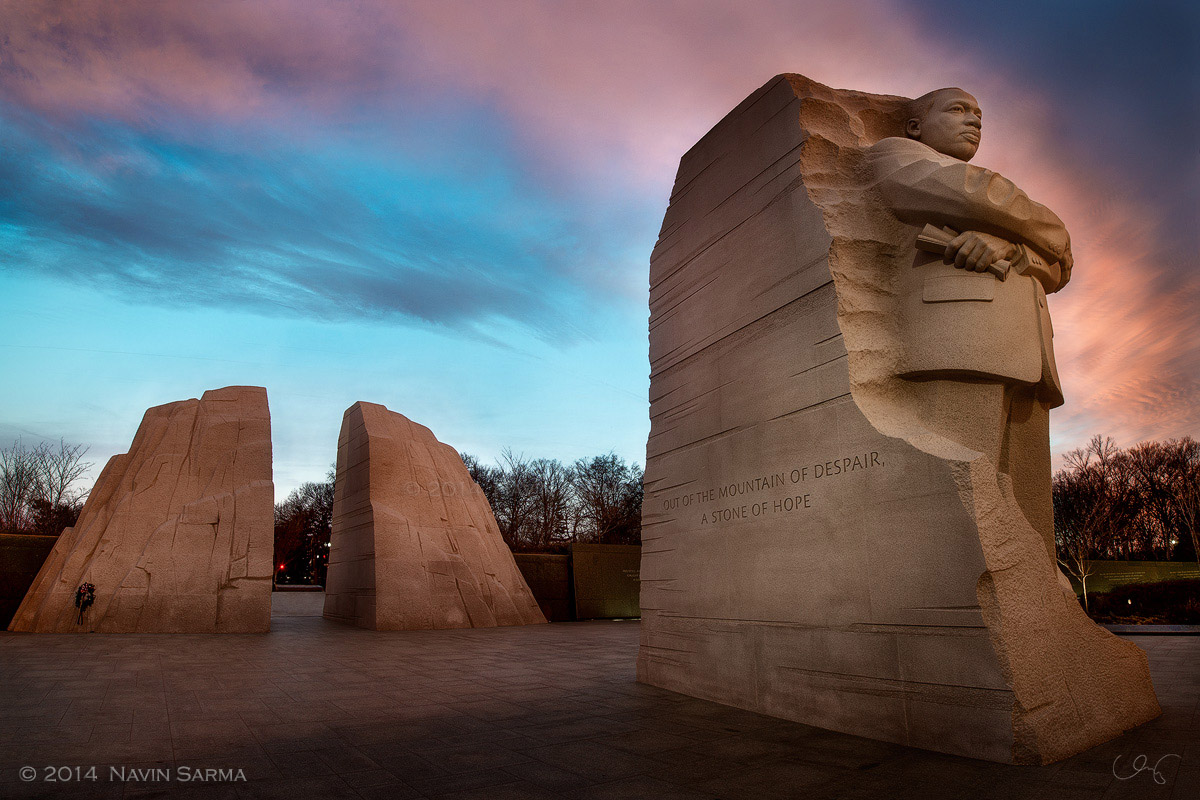 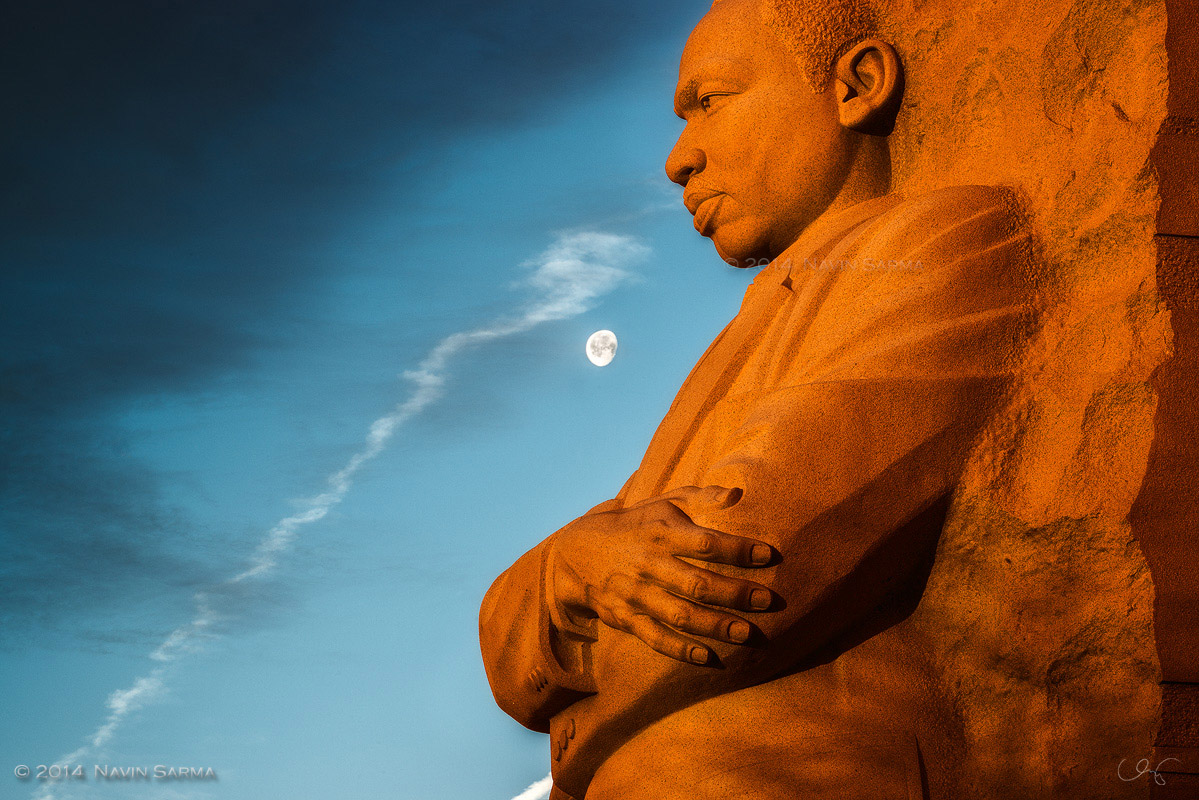