Yesterday evening, the forecast called for a cold front and a snow squall to hit our area just around sunset. A perfect time for me to capture a burst of snow at Great Falls National Park!

I scampered towards the rocks… a bit treacherous given that they were icy and snow covered. I also had to be very aware of where snow may be covering icy ponds and avoid them unless I wanted a frigid and dangerous dip into the Potomac river itself.

As I got into position near the edge of the water, I could see a misty cloud approaching from the west — this was the snow squall. Quickly, it engufled the scene. What an experience! Snow flying in all directions as the river raged past me. I could barely see past the rocky outcroppings as the snow banded together heavily.

It was a challenge to keep my lens dry. I did not even try to use my 14-24 lens, which barely has a lens hood, because I knew the lens would covered with snow and unusable. Instead, I stuck with my 24-70 and used the longer lens hood to shield, as much as possible, from the snow.

Here are three images from the scene… one upstream, one downstream, and a panorama that shows the grandeur of entire scene. The snow covered boulders make this much more appealing than in times without snow. Thanks for looking! 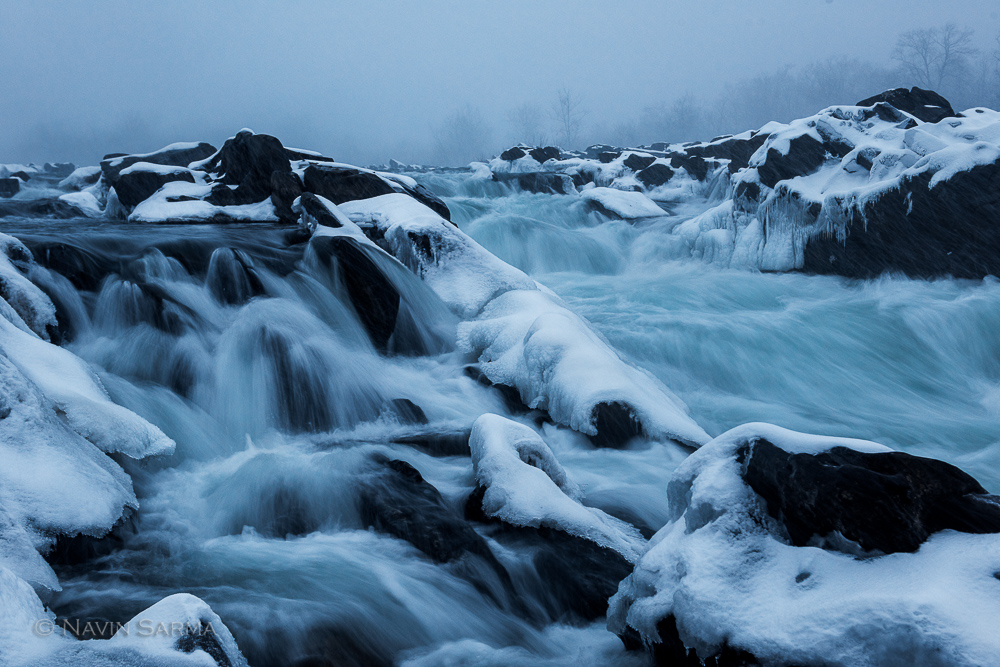 A snow squall hits Great Falls Park, blanketing it with snow and creating a mist on the scene 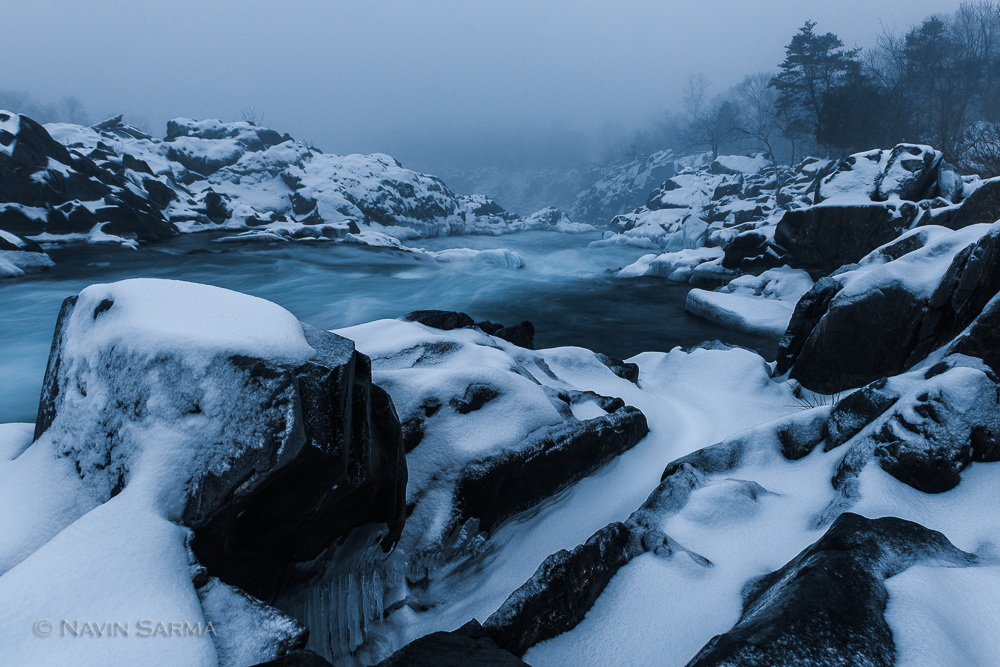 A snow squall hits Great Falls Park, blanketing it with snow and creating a mist on the scene

One thought on “Snow at Great Falls National Park”