Here’s a quick post after the light ice storm we had last night.

I really had hoped that the freezing rain would encapsulate the trees and sidewalks with a layer of ice. While it is a little dangerous and annoying to walk and drive on, it really is pretty cool to see.

Here’s a ledge right outside of my apartment, lined with a row of icicles. used a shallow DoF to of blur out the icicles in the background: 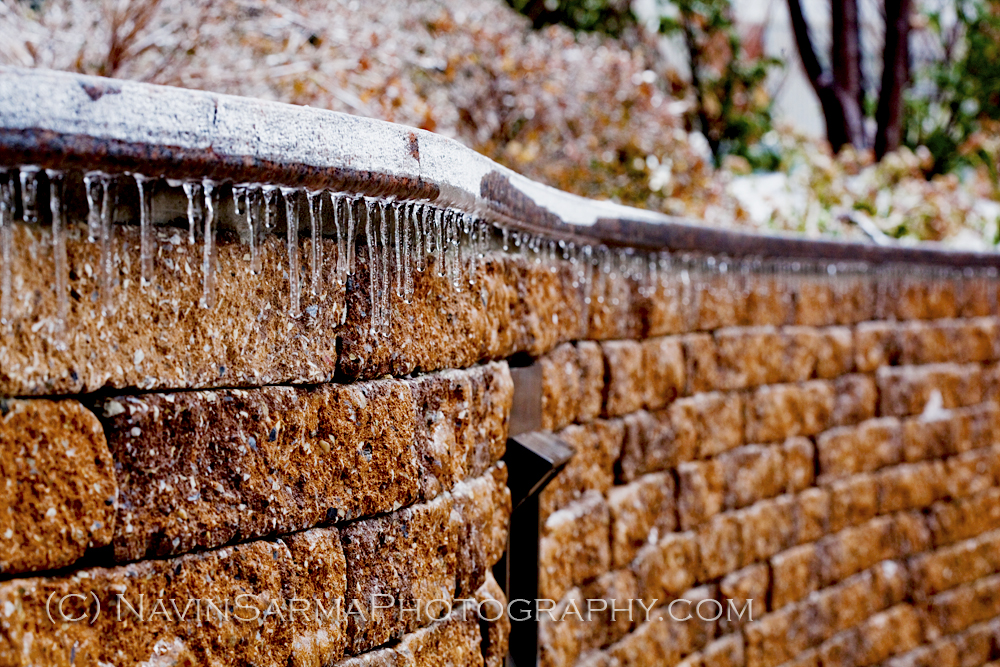 Icicles along a ledge in Arlington, VA

Next is a macro of the ice that covered a barren twig. The outer texture of the ice showed an interesting series of almost hexagons: 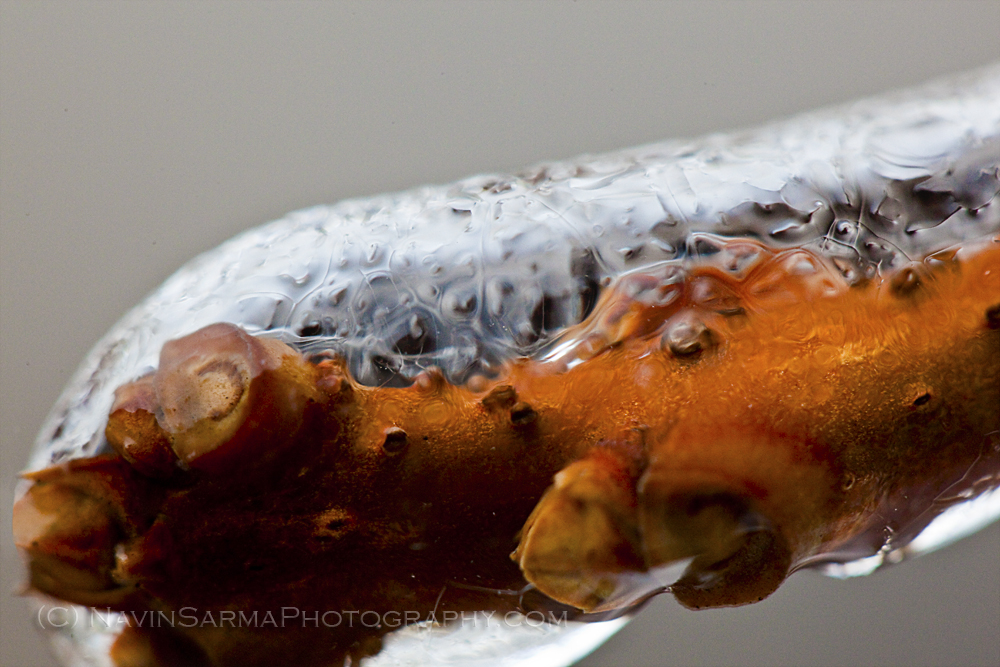 Of course, the ice isn’t here to stay and let us all off work and school (fingers still crossed for a big storm), so I caught this one shot of water dripping from an icicle. The combo of long focal length and wide aperture really tightened the focus: 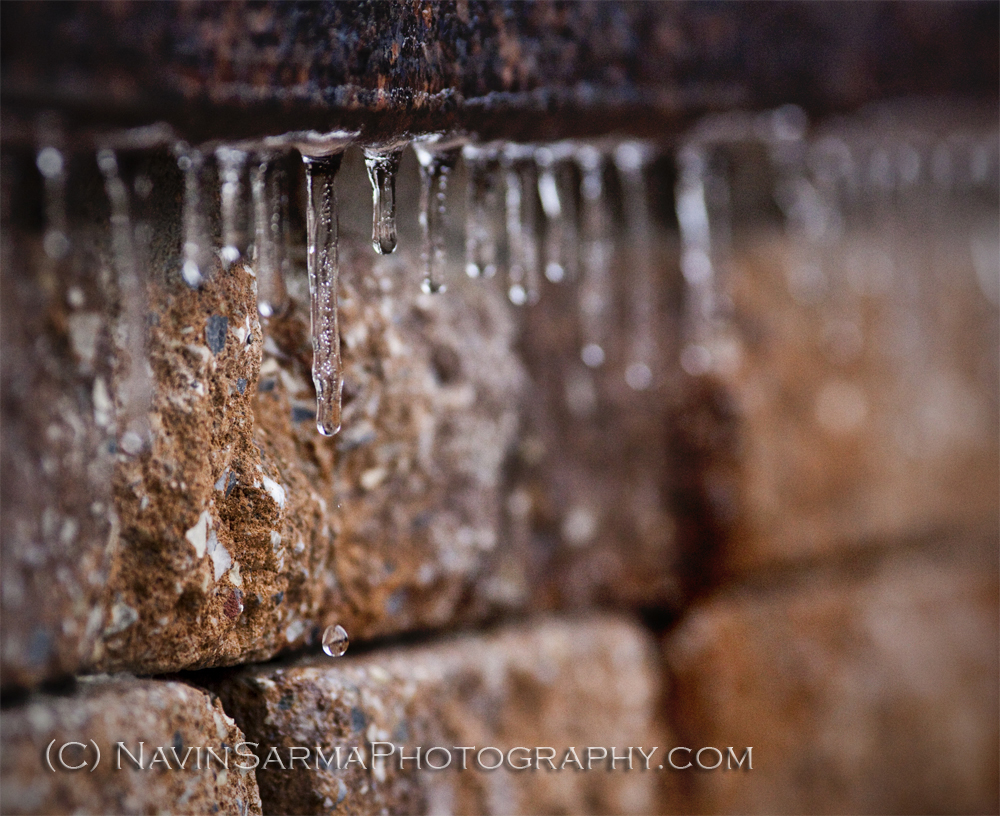 Ok so now that that dinky storm is over, I’m ready for Snowmageddon 2011!! That has a better ring to it than last year doesn’t it?