Last week, our area was pounded by Winter Storm Jonas and its nearly 30″ of snow. It took a few days to dig out, and I was finally able to get to do some post storm shooting. I tried on the few days after the storm and found some of the parks I hoped to shoot were still closed for the weather.

The forecast was for rain/freezing rain yesterday evening — but it did not stop me from trying to shoot. It’s a guessing game with weather. You can never know what you will find once you are in the field. In yesterday’s case, there were beautifully textured blue clouds before sunset. As the sun dipped in the sky, the low clouds caught a mix of sun and city lights to present a beautiful reddish purple hue that is so frequently found in the city. It’s one of my favorite times to shoot. I captured a couple of different looks of the memorial before the rain and freezing rain set in on me and my camera.

I was glad to keep the momentum up from shooting the storm and hope to get out again soon! 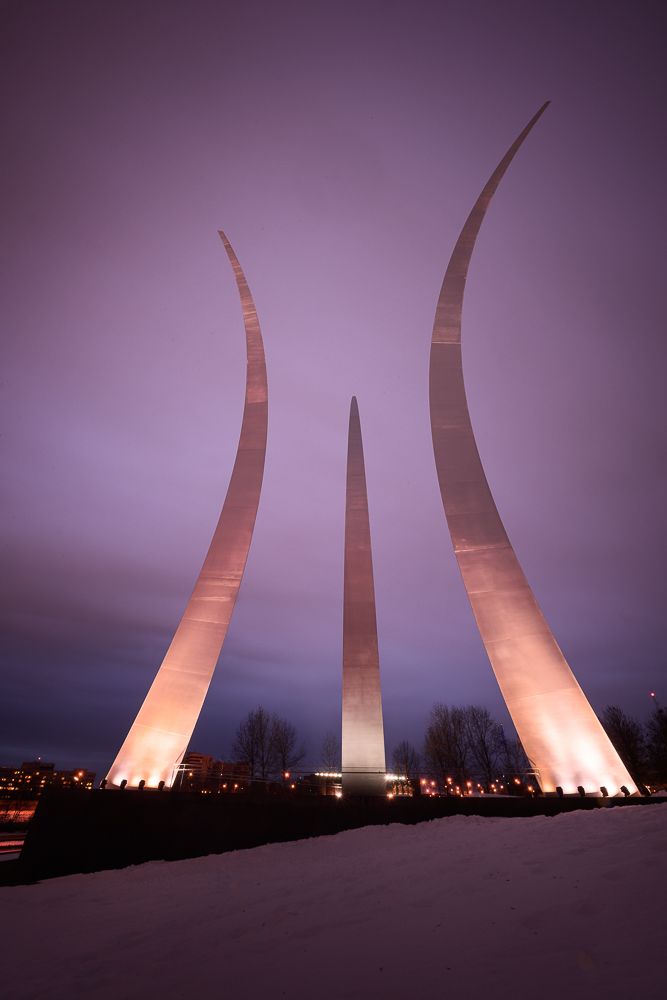 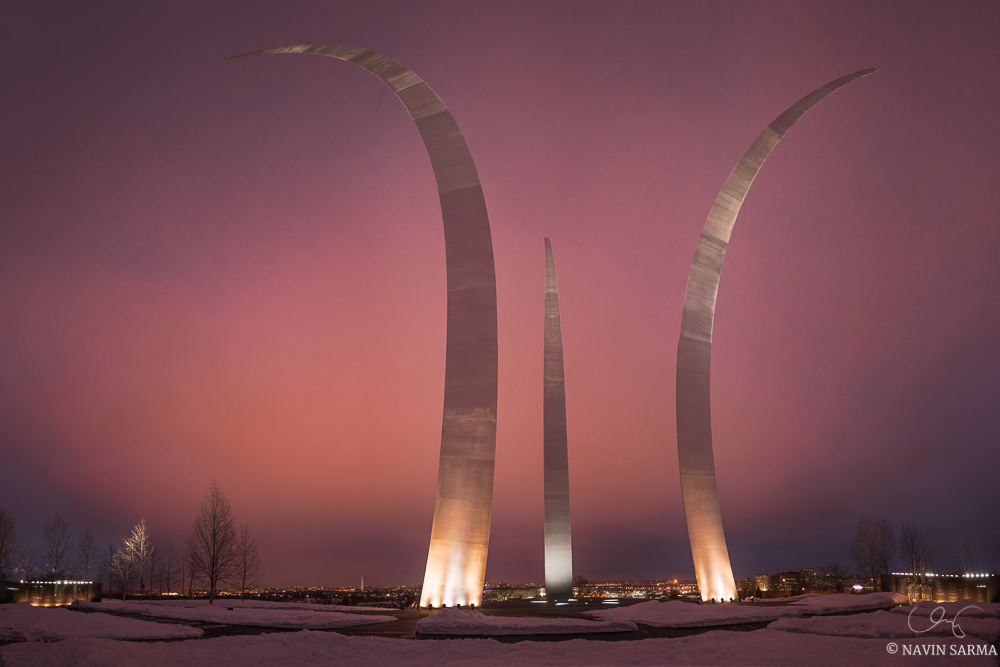