Yesterday, I went out for the sunrise at the World War II Memorial in honor of the anniversary of Pearl Harbor. The World War II Memorial is one of my favorites in the city, though relatively hard to photograph. The key is to hone in on the most graphical elements of the scene, which for me is often the huge fountains in the center. I used a fast shutter speed for a more “triumphant” look to counter the infamy of this day: 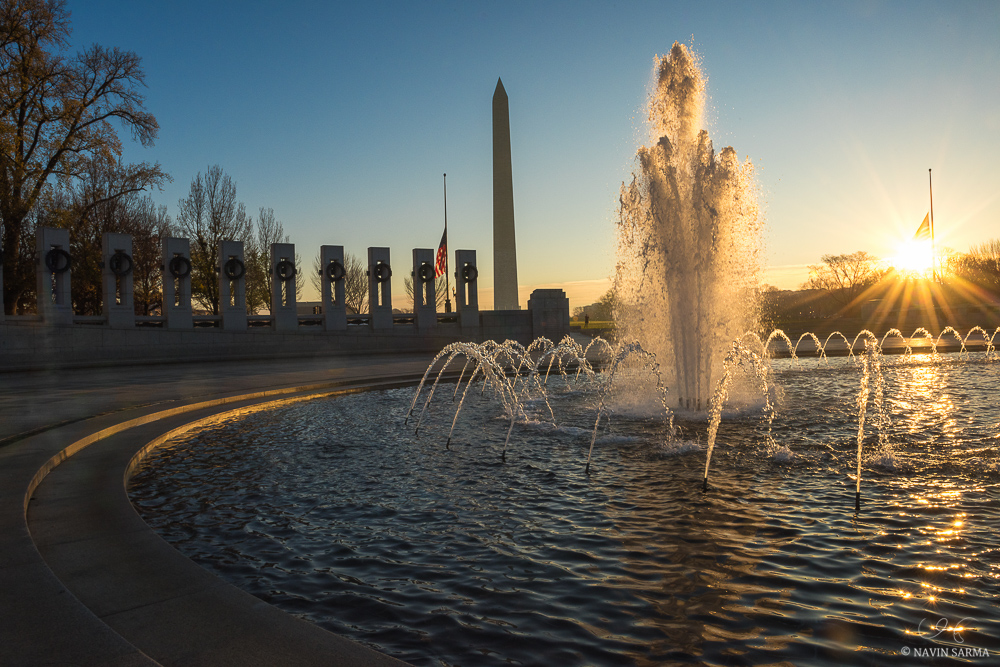 Sunrise over half staffed flags in memory of Pearl Harbor Day, 2015

While walking to the memorial, I also encountered some of the Yoshino trees lining the National Mall. As Angela Fritz detailed in a Washington Post column, some of the trees are blooming cherry blossoms! It is really crazy to see during the cold month of December. 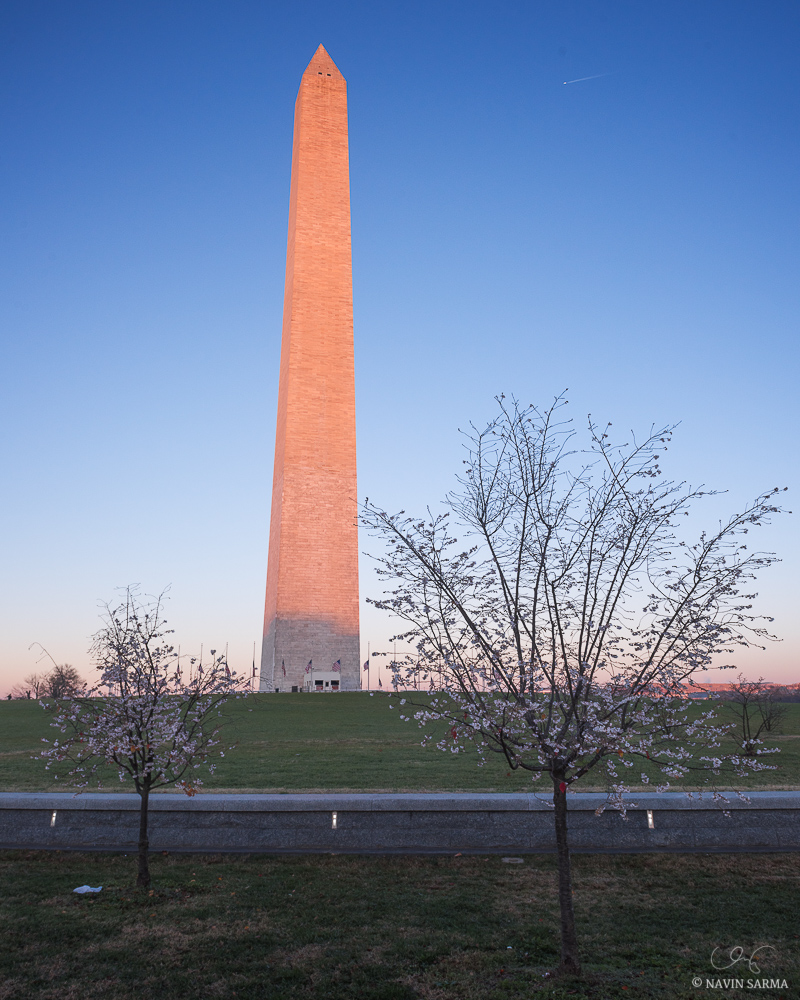 What is even rarer, it seems, is to see a blossom side by side with a turned leaf. Pretty sweet to see… wonder how many more there are in the city: 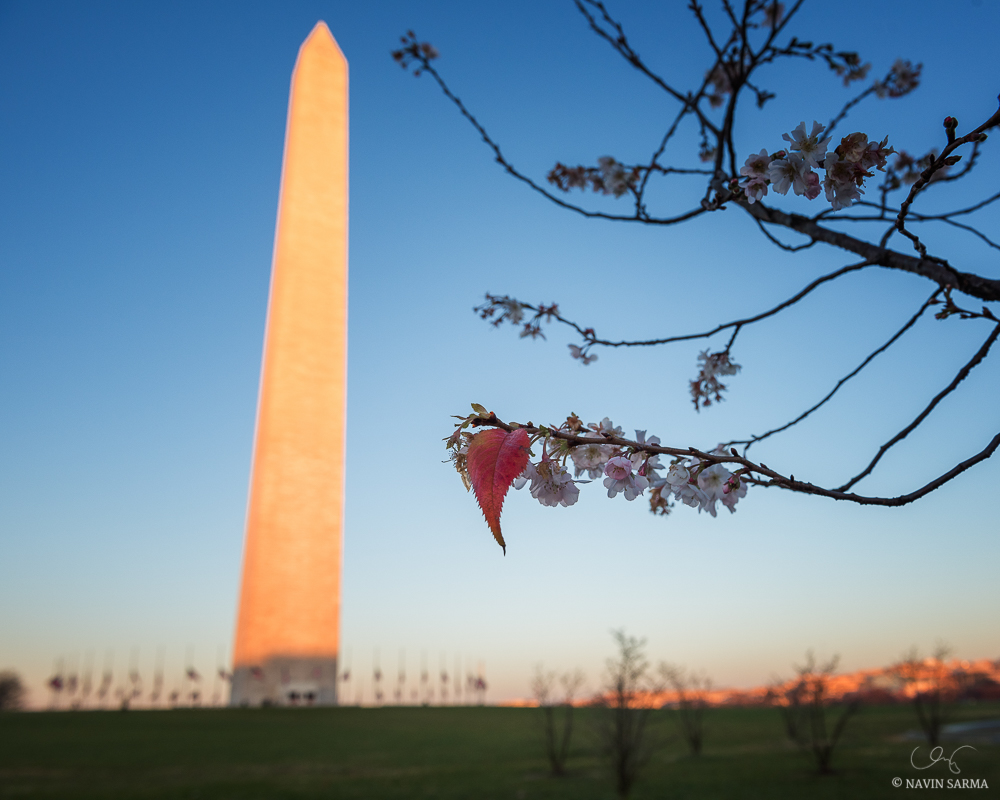