The past few years have flipped between peaks in March and April. This picture is from March 2011, when the following morning I captured my most popular image, Awakening. I passed by this image for years and finally decided to process it… I actually like it quite a bit since it shows the Cherry Blossoms in a bit different scene – under twilight and stars. I spent a bit of time dodging the stars so they would come out brighter – so I would consider this image as one where I took some fine art liberties. 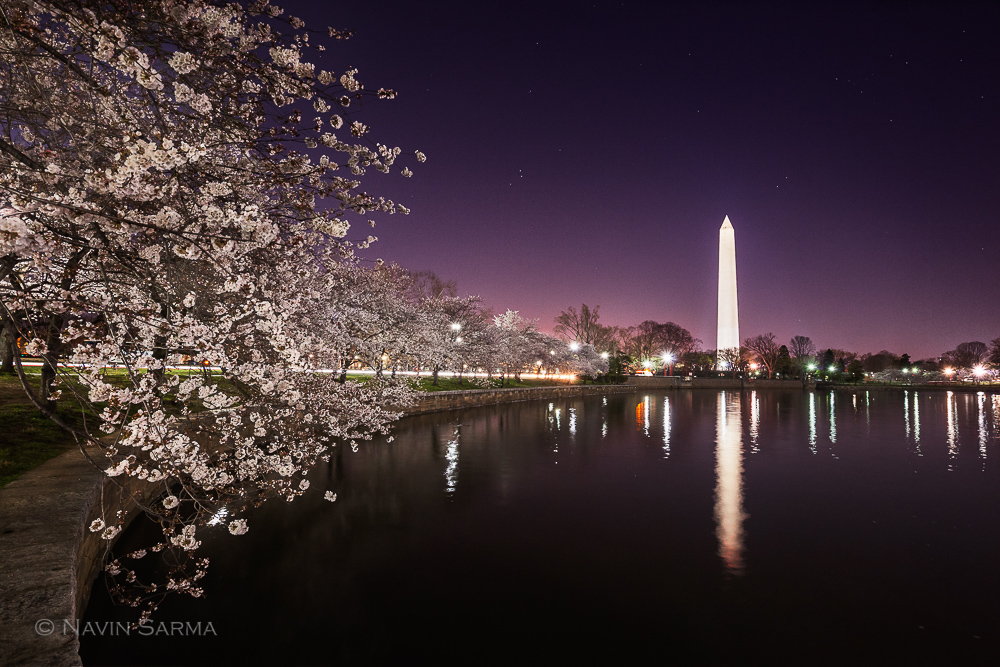 One thought on “Peak Cherry Blossoms in Washington DC 2015”