I went back out to DC on Tuesday to shoot in Washington DC at the Lincoln Memorial. I came a little late and was not very interested in the colors of the sky at first. So, I concentrated on finding some angles and shapes in the architecture of the Lincoln memorial:

Later in the evening after the sky lost its reddish hue, I noticed some stars peeking out from the sky. It’s so rare to see stars in the city, so I thought I would make an attempt to capture them. I used a wide aperture and high iso and some creative post processing to come to this image: 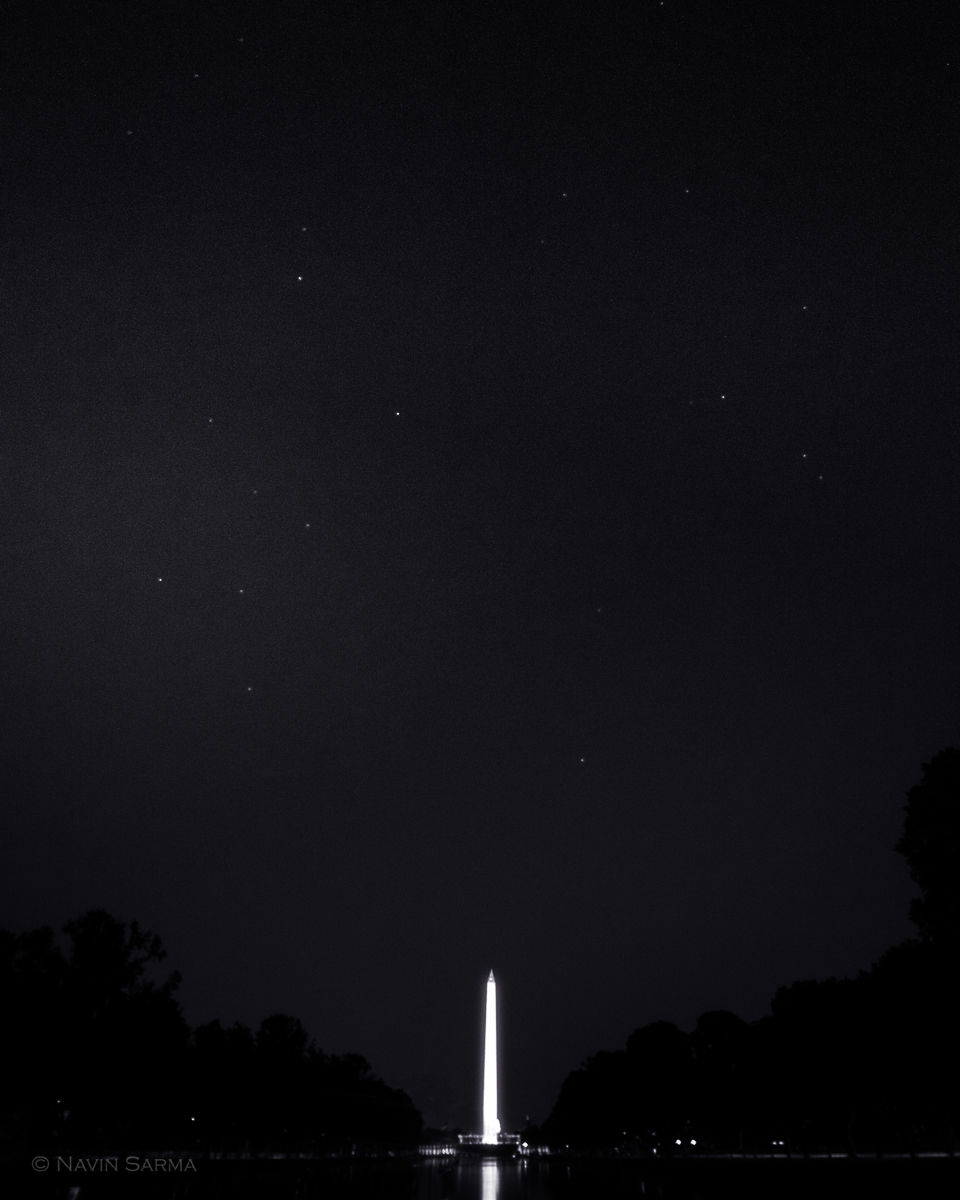 What’s next? Hmm..I’m still undecided if I will be out for 4th of July shooting fireworks… guess we will just have to see 🙂