As you may know, today the Martin Luther King (MLK) Memorial, The Stone of Hope, opened on the Tidal Basin, in Southwest Washington, D.C. While it’s official “coronation” doesn’t happen until August 28th, the public finally got its first look at the long-awaited memorial today. Of course, I scouted it myself and took this image of the MLK memorial.

(FYI – When you get there, try to park at down near West Potomac Park. You have to park pretty far down on Ohio, then walk back up to Independence to gain access to the Memorial.)

While I was there, I felt mixed emotions. I was happy to see a memorial to a man who meant so much to American History finally present itself in grandeur. When I looked around to the crowd, I noticed so many more African-Americans than others. I realized then that although myself and the non-African Americans have the right to feel pride in a memorial that illustrates our path to freedom and equality, African Americans and their ancestors must feel a much closer appreciation for and understanding of this achievement. Nevertheless, I still owe Dr. King so much. As a man of color, I am a product of Dr. King’s dream and owe many of my opportunities and liberty to him. 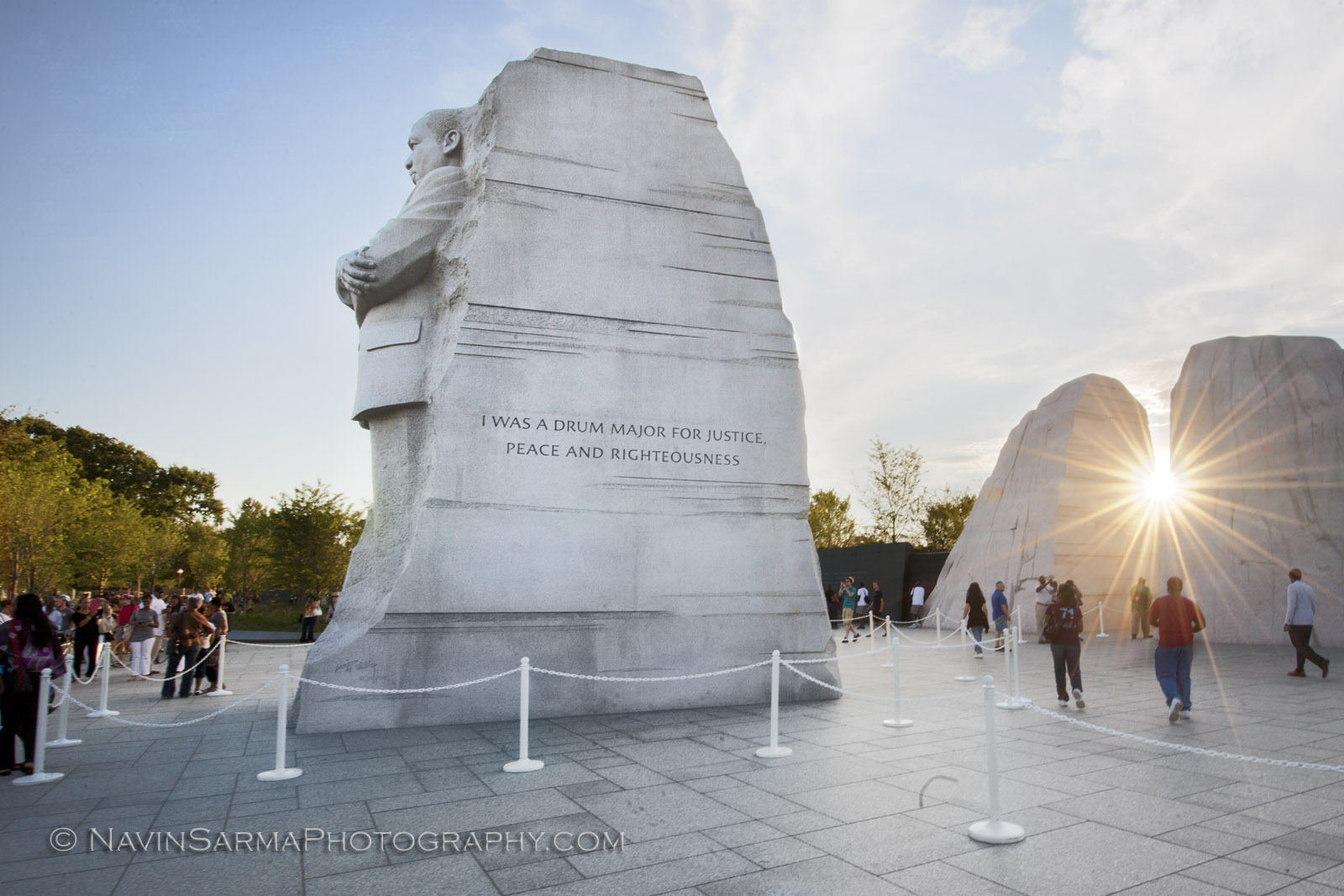 “Out of the Mountain of Despair, a Stone of Hope”
Martin Luther King Memorial Image