It seems that every time I write a post, I lament about how little I have posted and how I intend to do more. But, these past few years — and 2019 specifically — have been super active, and have pulled me away from shooting and sharing as I had previously. I used to be quite active on social media, as a consumer and as a photographer. With the limited time I have left, I found that social is less of a priority for me. I hope I can check in more often, but in the meantime, you can know my passion for photography is ever strong, and my effort is unrelenting.

Though I haven’t spent as much time as I would have liked shooting, that doesn’t mean I haven’t been doing photography or having fun!

About 1 year ago, I started as a Product Manager in Google Research — driving computational photography across products including Pixel, Google Camera, and Google Photos. It’s been a wild ride, and I’m so happy and enthused about where I am and the work I have been able to do so far. 2020 looks even brighter.

For me, this job has been a perfect marriage of passion and experience. I have loved photography for more than a decade, and often dreamed about how I could do it to make a living. For a while, I flirted with the thought of becoming a professional fine art photographer. As a fine art photographer, I would shoot whatever I wanted and create art, with the hopes that it is commercially viable to support me and our family. What I found, however, was that I would have to make a lot of concessions to see that dream come true — sometimes shooting what I don’t enjoy but that sells, or that I would have to spend a large part of my time marketing and selling. Lastly, there is no guarantee that this type of job would be enough support for my family.

I had been an tech & strategy consultant for many years, and while I pursued the idea of becoming a fine art photographer, only some of those professional skills — e.g., business analysis, marketing, sales would come into play if I were to do fine art full time.

But as a product manager, I’m able to parlay nearly all of my professional skills from consulting and combine it with my knowledge and passion for photography to land new applications for nascent technology and enable users, at Google’s scale, to enjoy the art of photography. It’s like I dreamt this role into existence 🙂

It wasn’t easy to get to where I am, and there are tons of challenges ahead, but I remain incredibly excited. While my role is to continue to improve computational photography at large, my personal goal is to scale casual creativity to the world. I want to allow people who had never think of themselves as creative, to engage in the creative process, and find even a small degree of fulfillment and self-introspection because of it. If I can help others find just a bit of what I have found through photography, I think it will have profound positive impact.

Now, after that long digression, onto the goods 🙂 I shot an embarrassingly low amount of proper shoots with my SLR, and to date had two posts to show for the entire year. But, as I said, I have been busy — but shooting more with mobile.

On that note, the Google Pixel is an incredible photographic tool. We ship best-in-class casual modes in Google Camera (built with cutting-edge computational photography): default (HDR+ that fuses up to 9 images for increased dynamic range and reduced noise), Portrait mode (now with stereo cameras for better & further depth rendering, and SLR-like bokeh), Night Sight (now with astrophotography, that will take up to 15 captures over 4 minutes to render a beautiful night sky). We also ship Super Res Zoom, which uses computational techniques to increase detail and sharpness without needing optical zoom. We also produce what we call a “merged DNG”, that takes the outputs of the fused exposures and provides a 16 bit RAW file that is great for editing. I captured several amazing shots this past year using the Pixel and often used the default JPEG out of the camera.  Google Pixels (Pixel 3 and 4) were objectively my go-to cameras for 2019, though I did enjoy some of the motion photo outputs from the iPhone.

On Pixel, this past year, I was involved in several notable launches, including Astrophotography on Pixel 4 + “Astro” filter in Google Photos, and Portrait blur on Google Photos.

Here are some shots from the year and how they relate to our launches on Pixel.

Our astrophotography mode is a remarkable innovation. It allows a user to capture the glory of the night sky with a single tap. The images that come from this mode are truly amazing. Here are some of my own shots, totally unedited and straight of out camera: 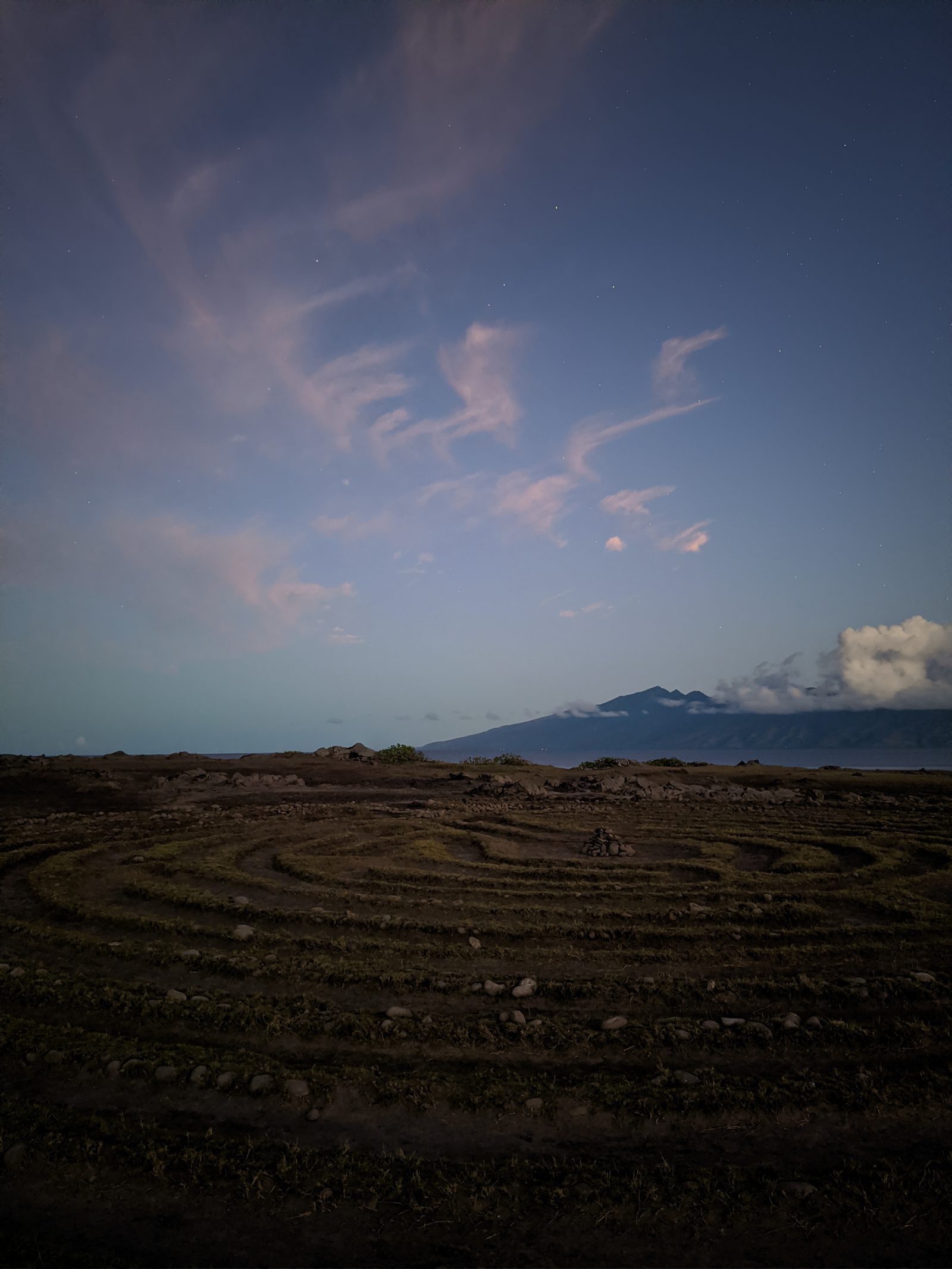 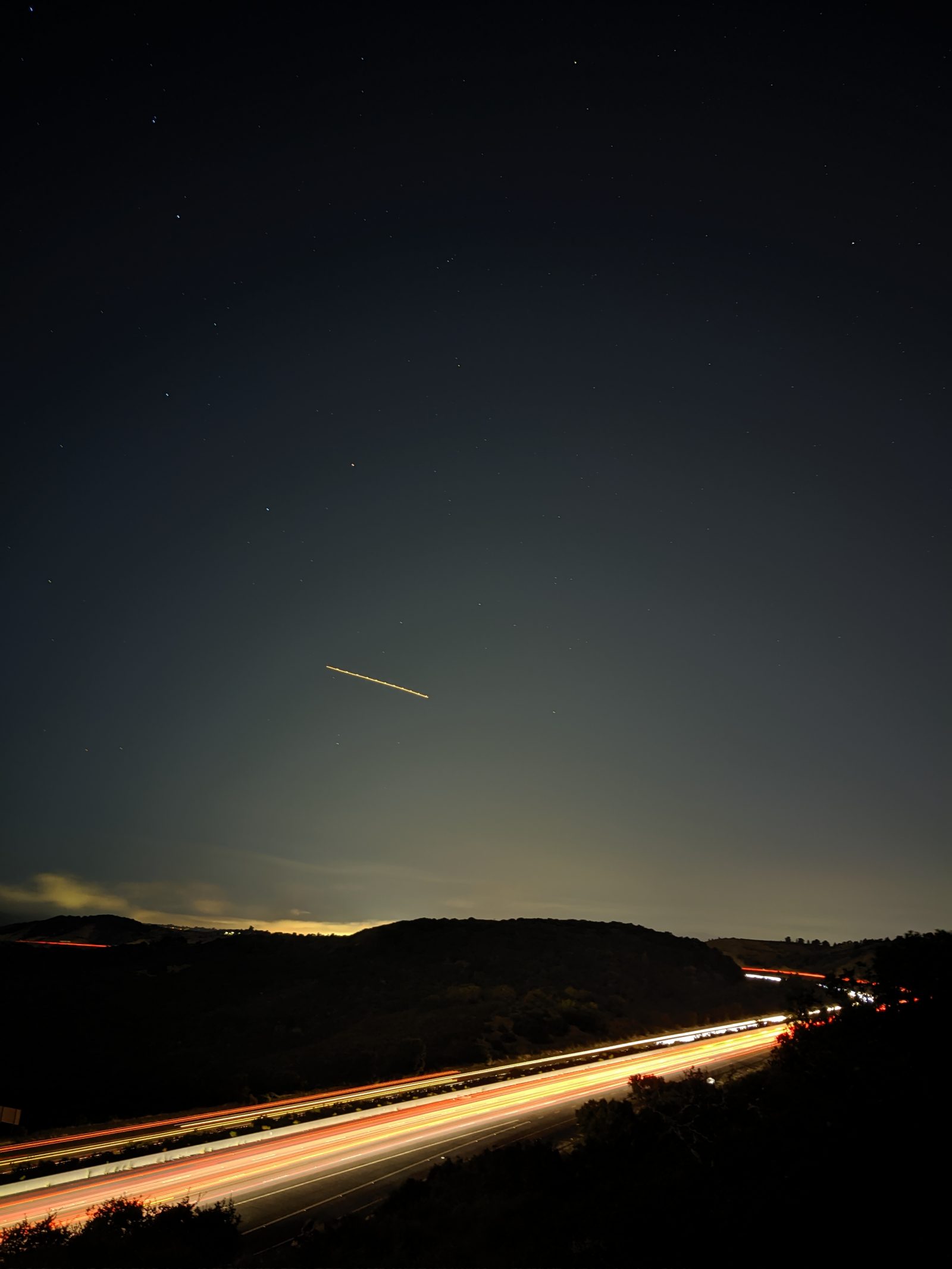 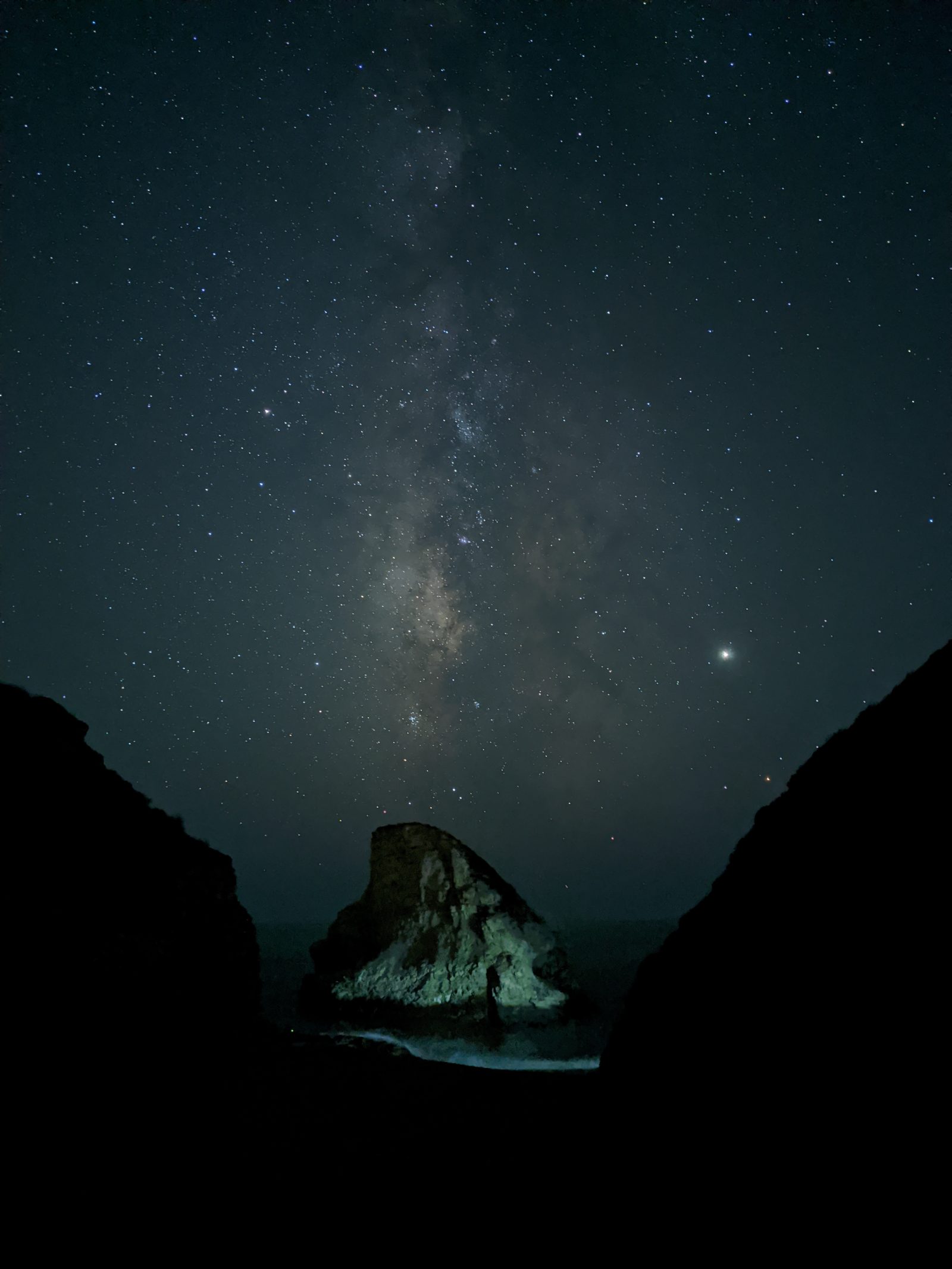 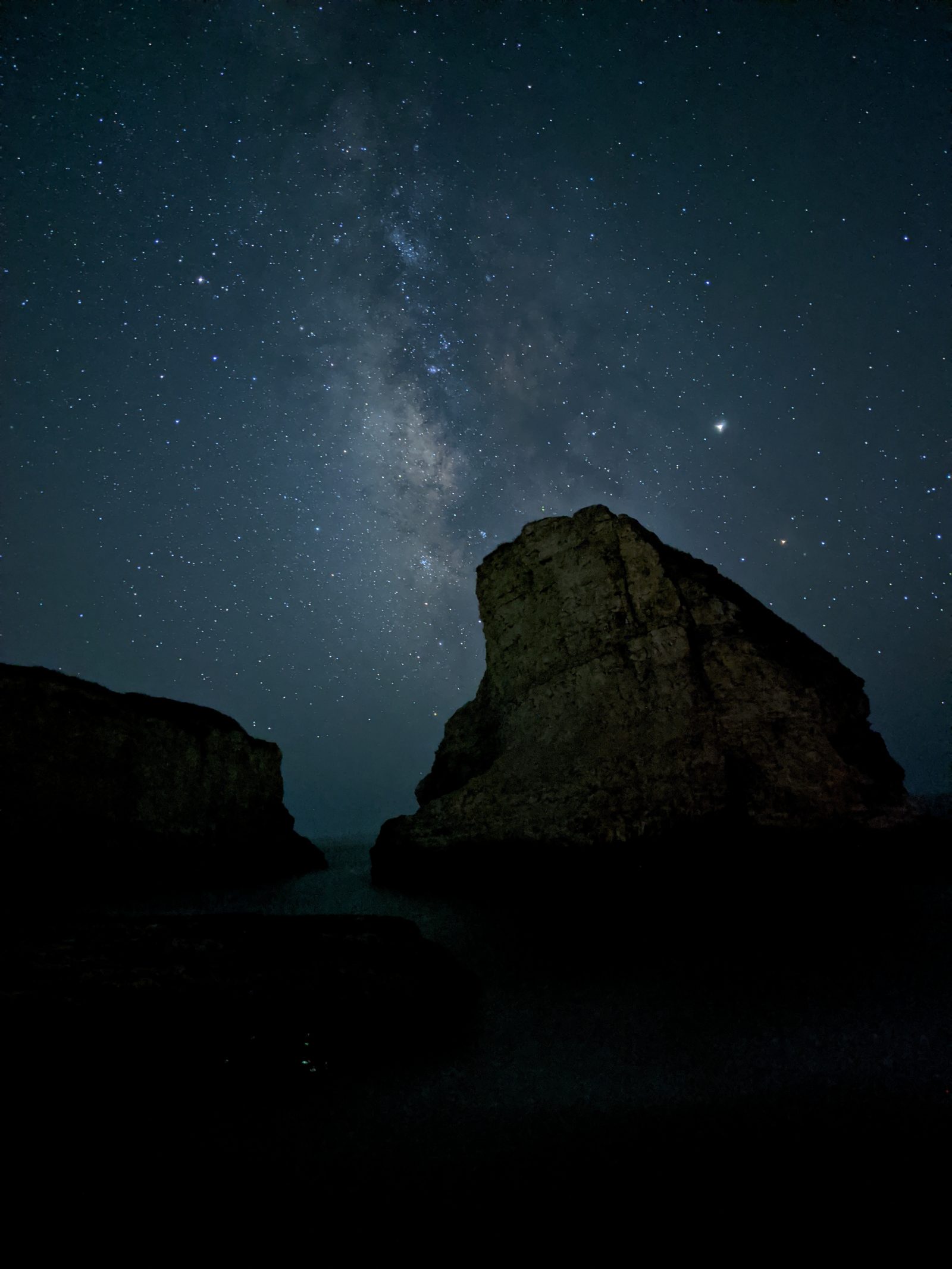 As you can see, these shots look great straight out of camera. However, we know that people do like to edit their shots, and editing pictures of the night sky can be very challenging. So, we launched the Astro filter in Google Photos. It helps to bright brightness and contrast into the image. This filter, which I tuned with our engineers & photographers, works best on very dark images with foregrounds in deep silhouette. It only triggers for images taken in Astro mode from the Pixel Camera. Here are the last two shots with the Astro filter applied: 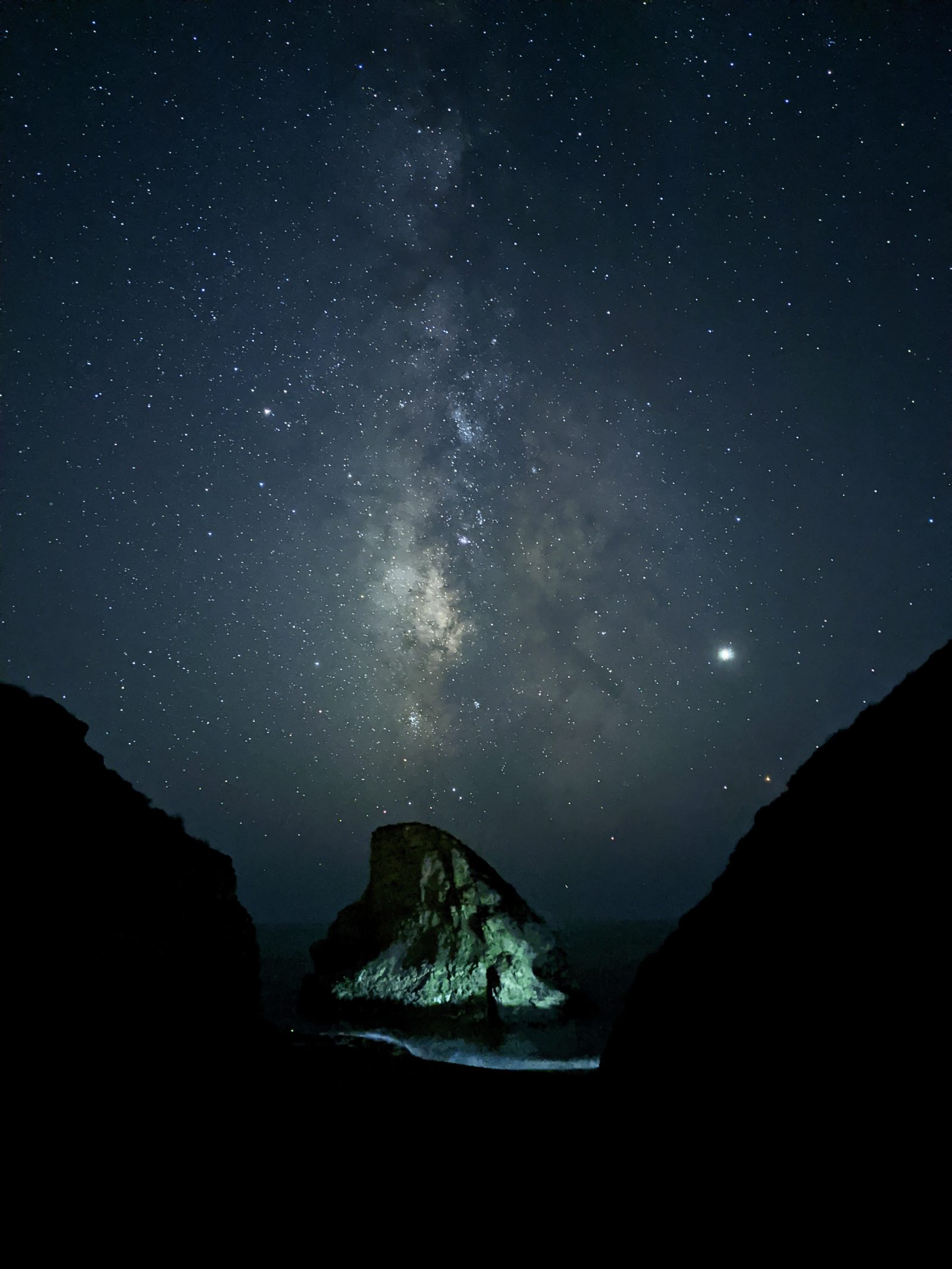 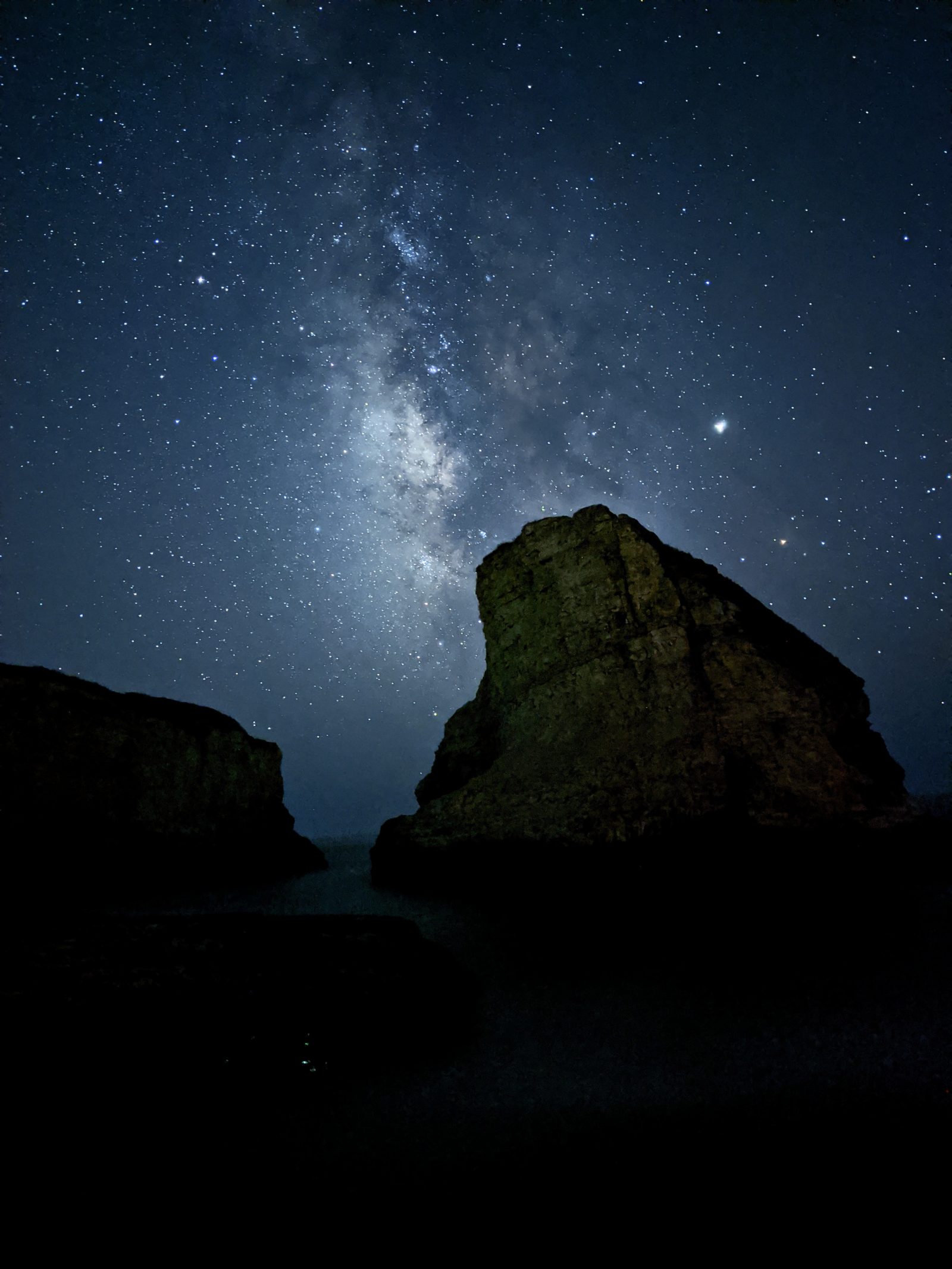 Of course, we don’t want to disappoint power users (like myself). So, we also produce super high quality merged DNGs so a user can edit for her/himself. Here is my own take on those two images: 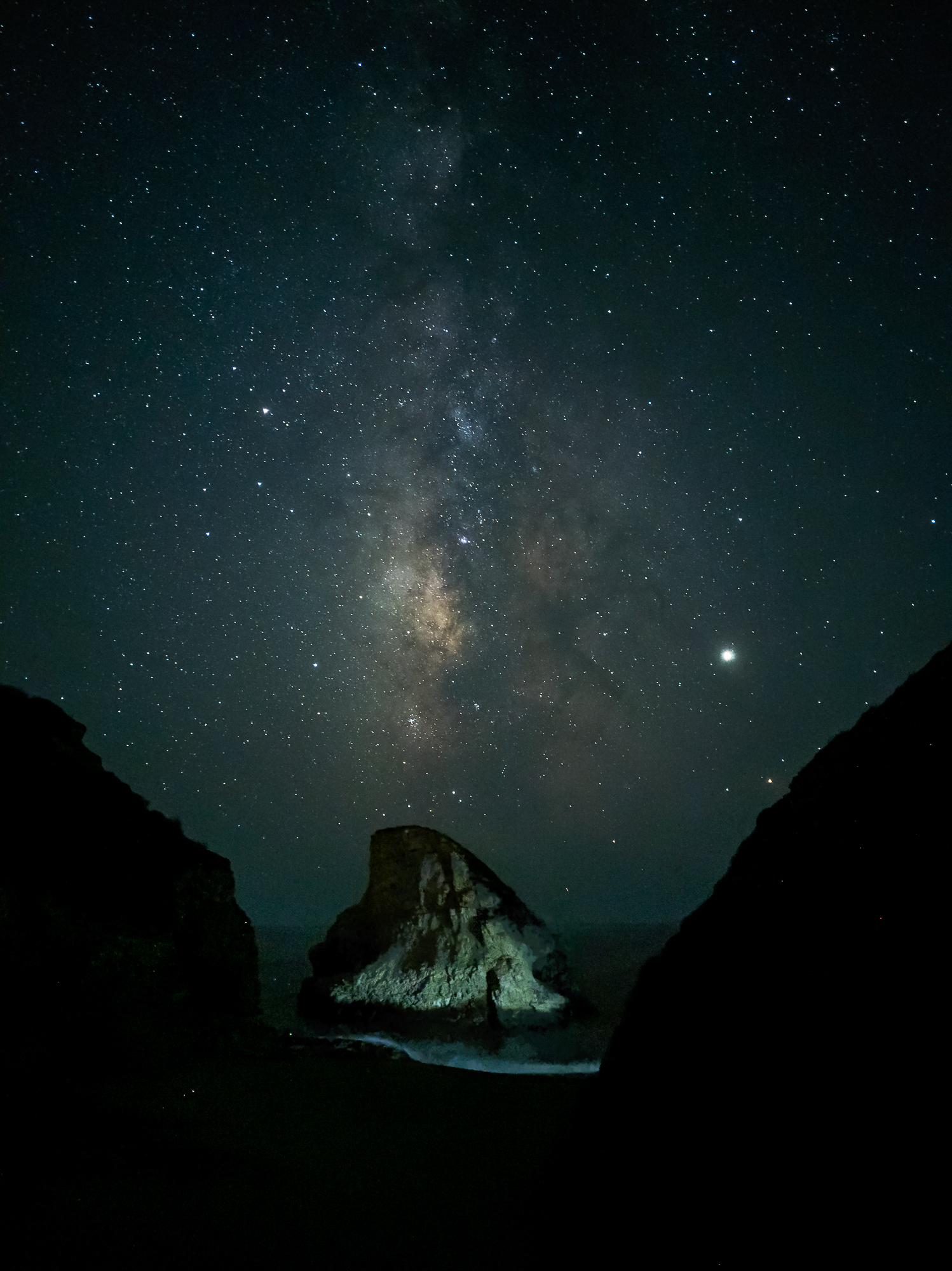 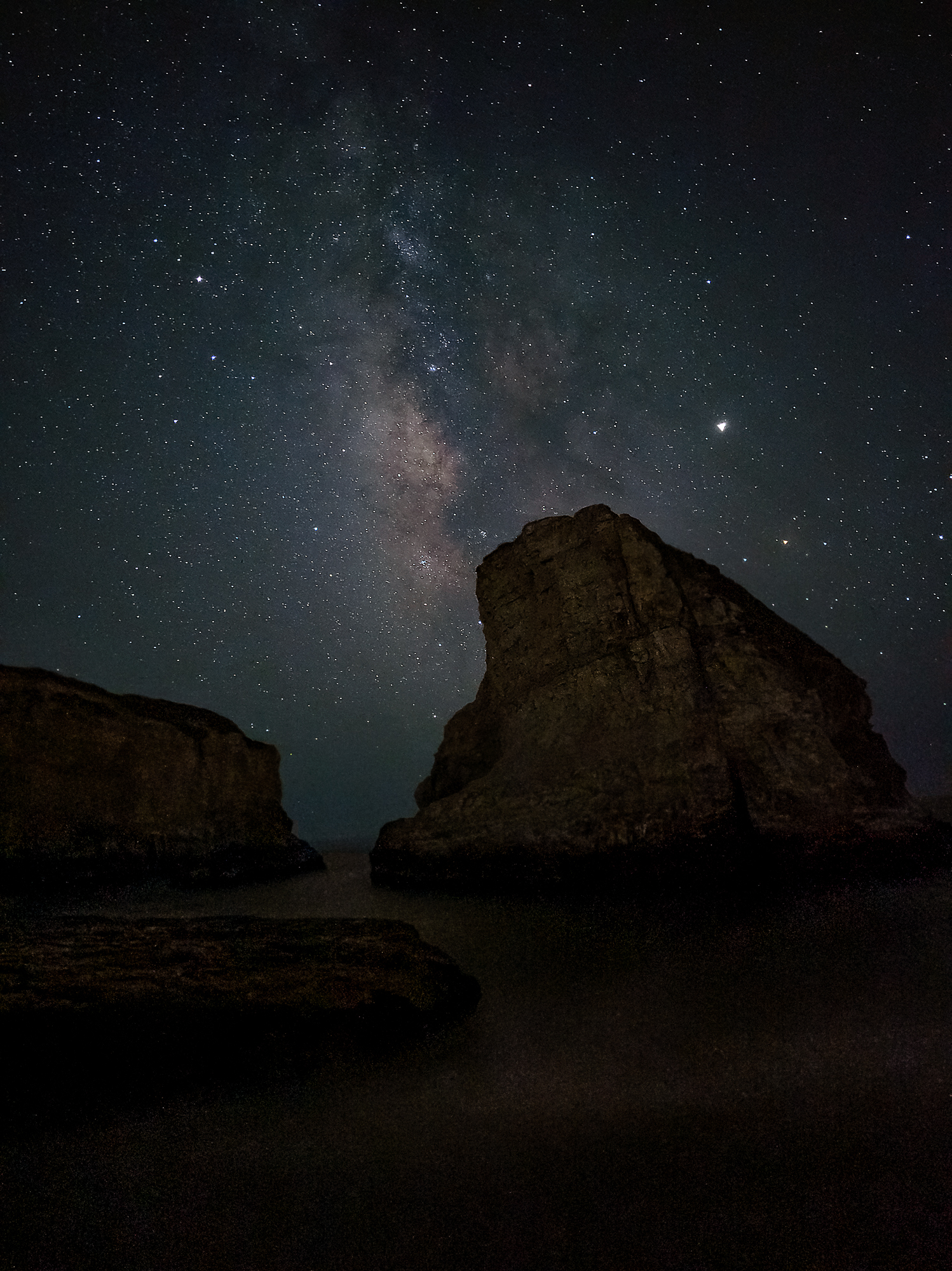 In December, we launched Portrait blur in Google Photos on Pixel, which allows a Pixel user to apply a portrait mode like effect on older images.  Portrait bokeh is one of those effects that can really add a professional touch to everyday photos.

I’ve been shooting a lot more portraiture in the last several years, in large part because of the beautiful additions to our family (our two daughters). I’ve found that Portrait blur in Google Photos can really help to add that pro quality in older images (ones from years past where you didn’t have portrait mode), when you forget to use Portrait mode, or lastly in combination with other desired modes like Night Sight.

If you’re a Pixel user, you can use the feature as a suggested action that pops up for certain images; you can also trigger the feature for images of up to 4 people by tapping the editor.

Here’s an image where Portrait blur really helped to bring richness to this old photo of my dad, enhancing its sentimental value (for me): 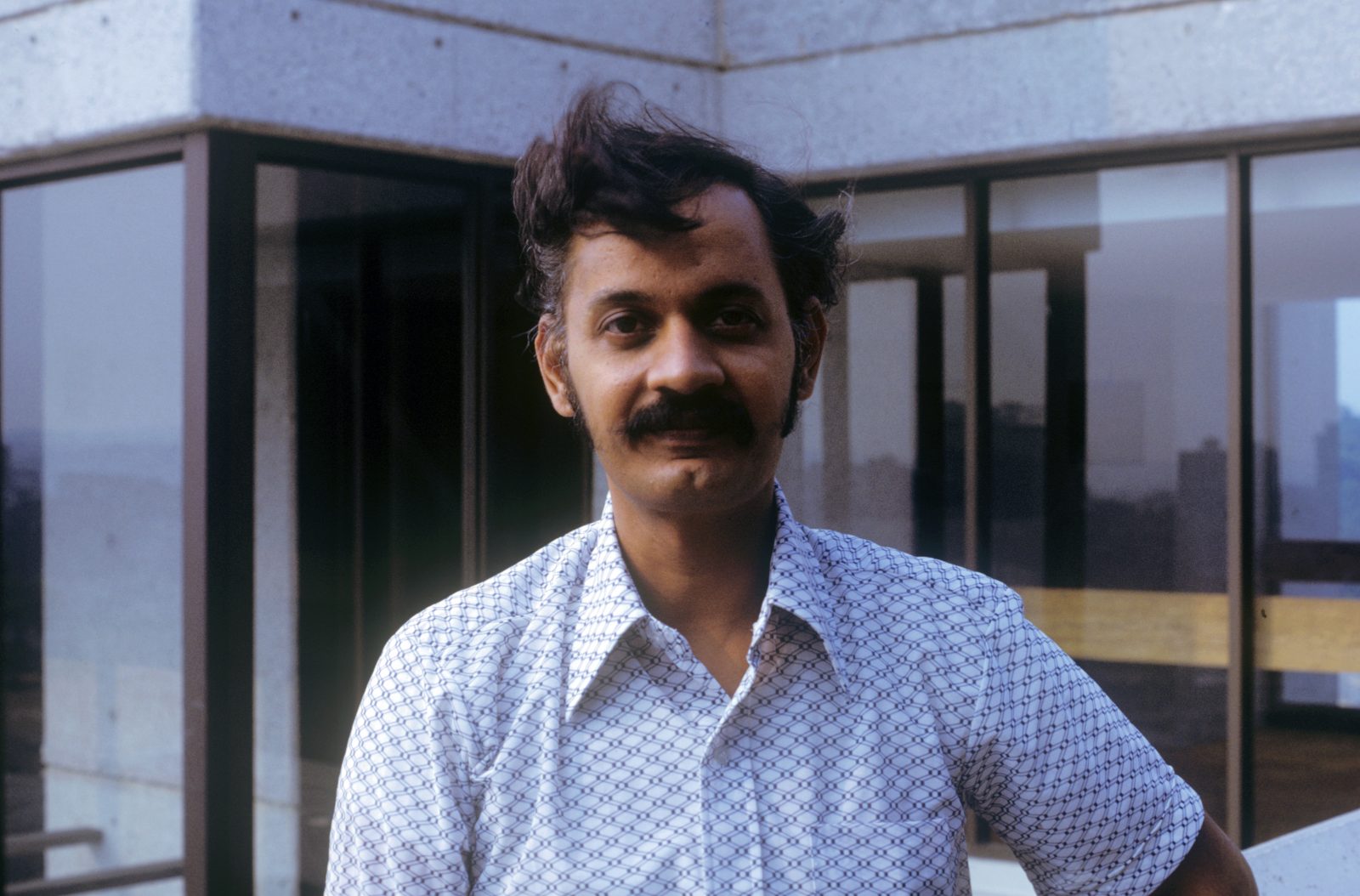 Portrait blur in Google Photos (before) 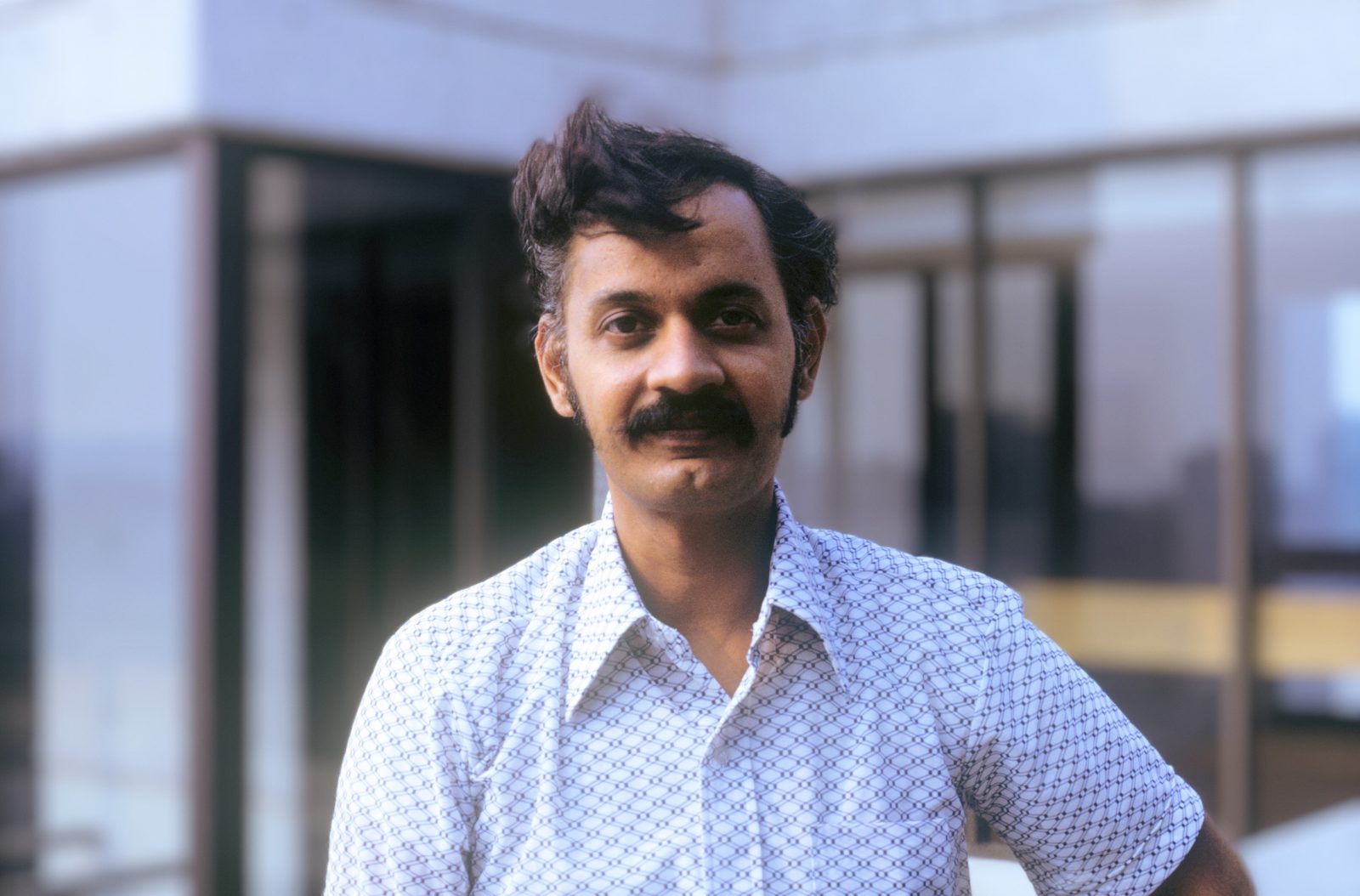 Portrait blur in Google Photos (after, with some brightness edits)

Here, I combined Portrait blur with Night Sight to get a portrait mode like shot in very low light (Congrats to Vik & Subi!) 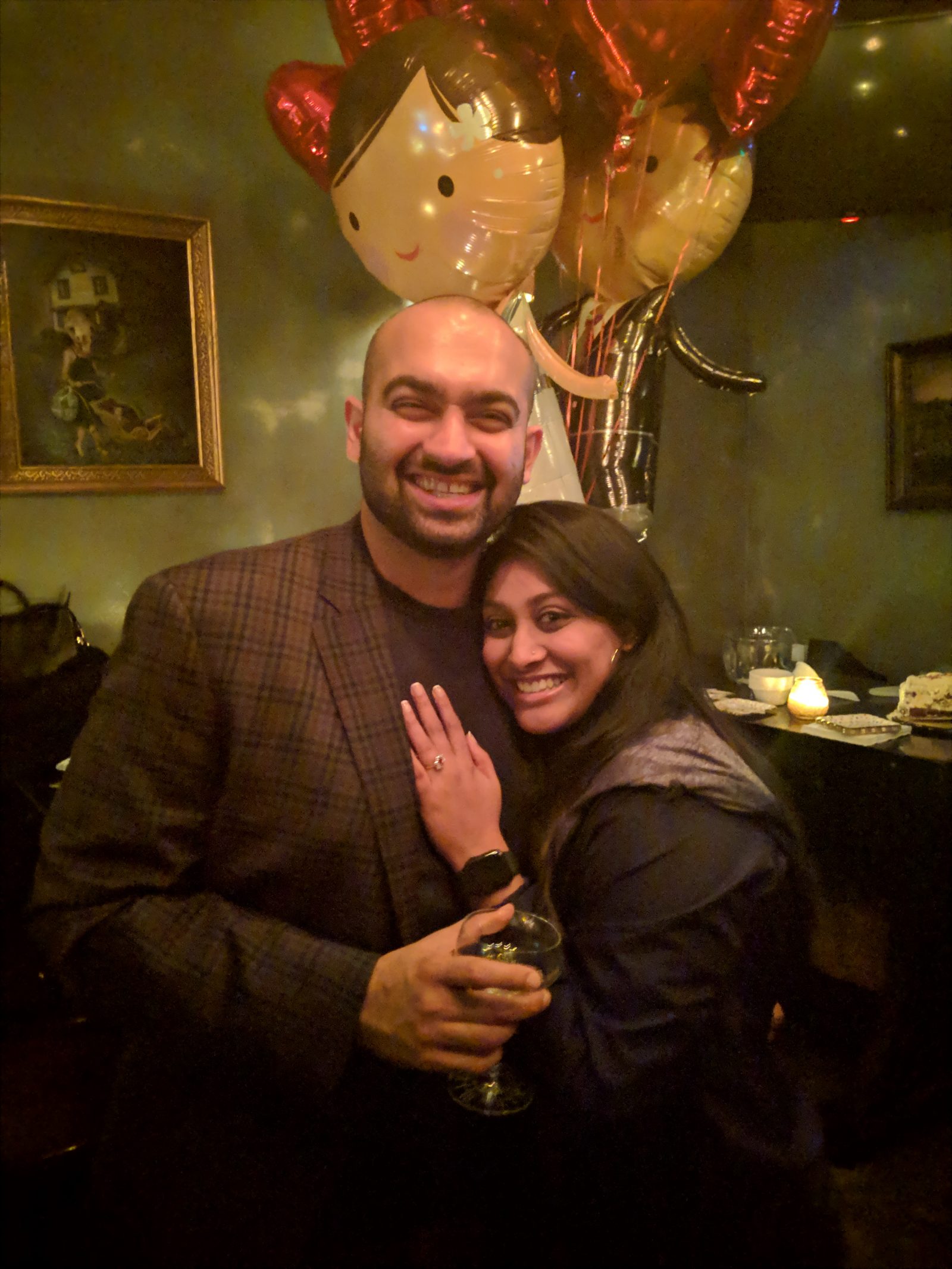 Portrait blur in Google Photos (shot with Night Sight) (before) 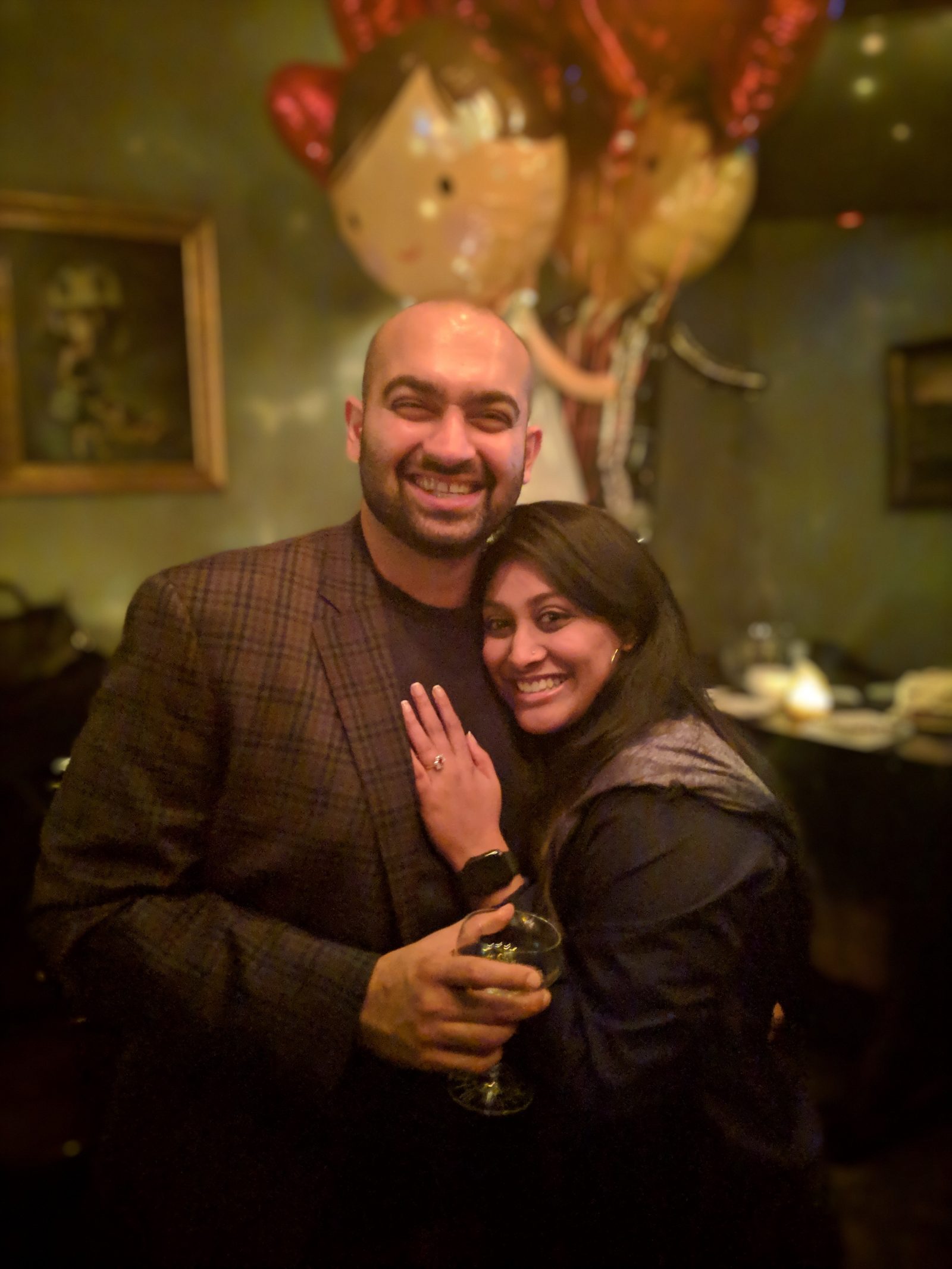 Portrait blur in Google Photos (shot with Night Sight) (after)

Now the rest of the post will feature some more traditional shots you are used to seeing from me 🙂 A mix of mobile phone, SLR and drone shots edited in Photoshop. For the full album of my favs from the year, see here. 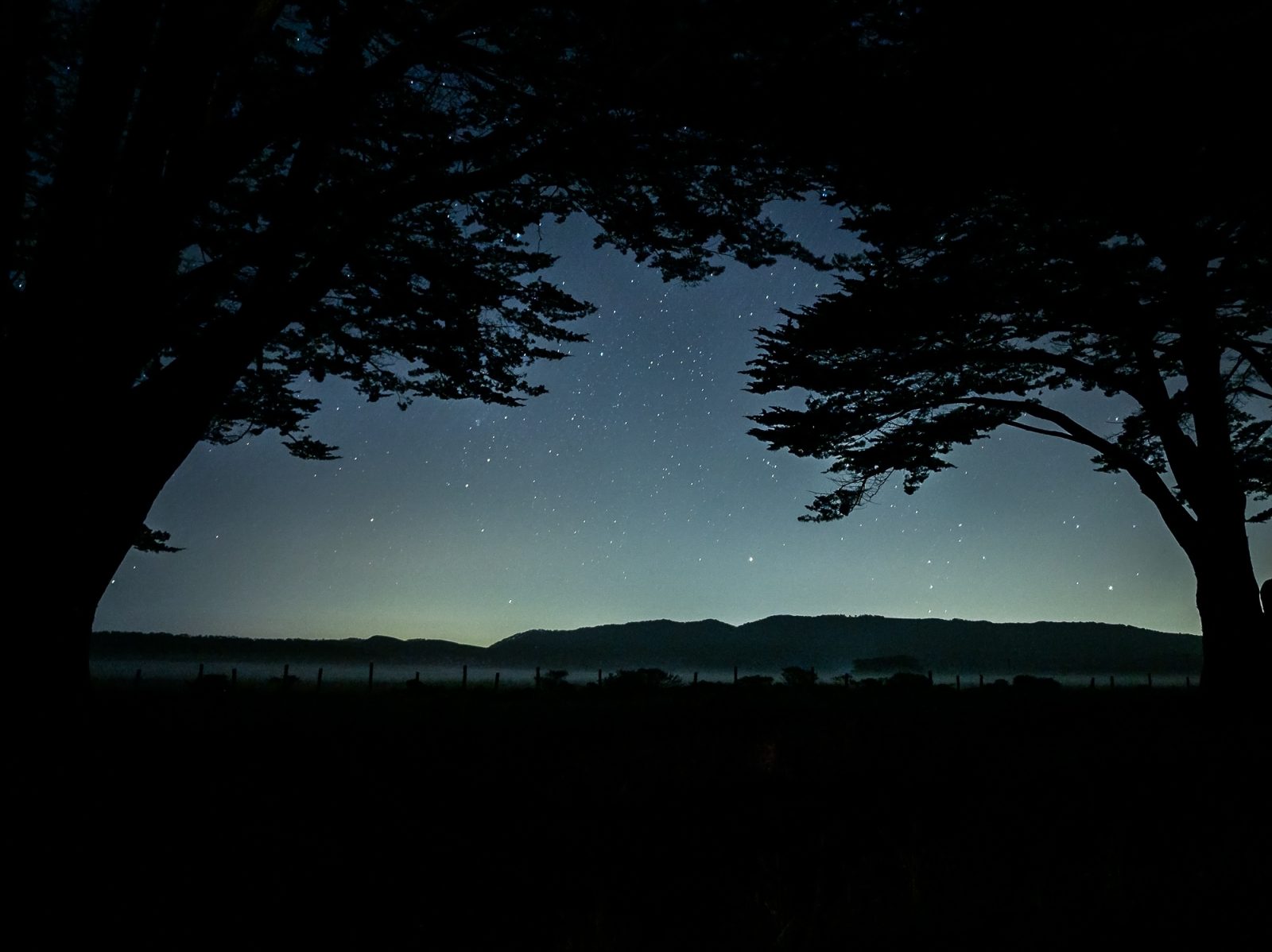 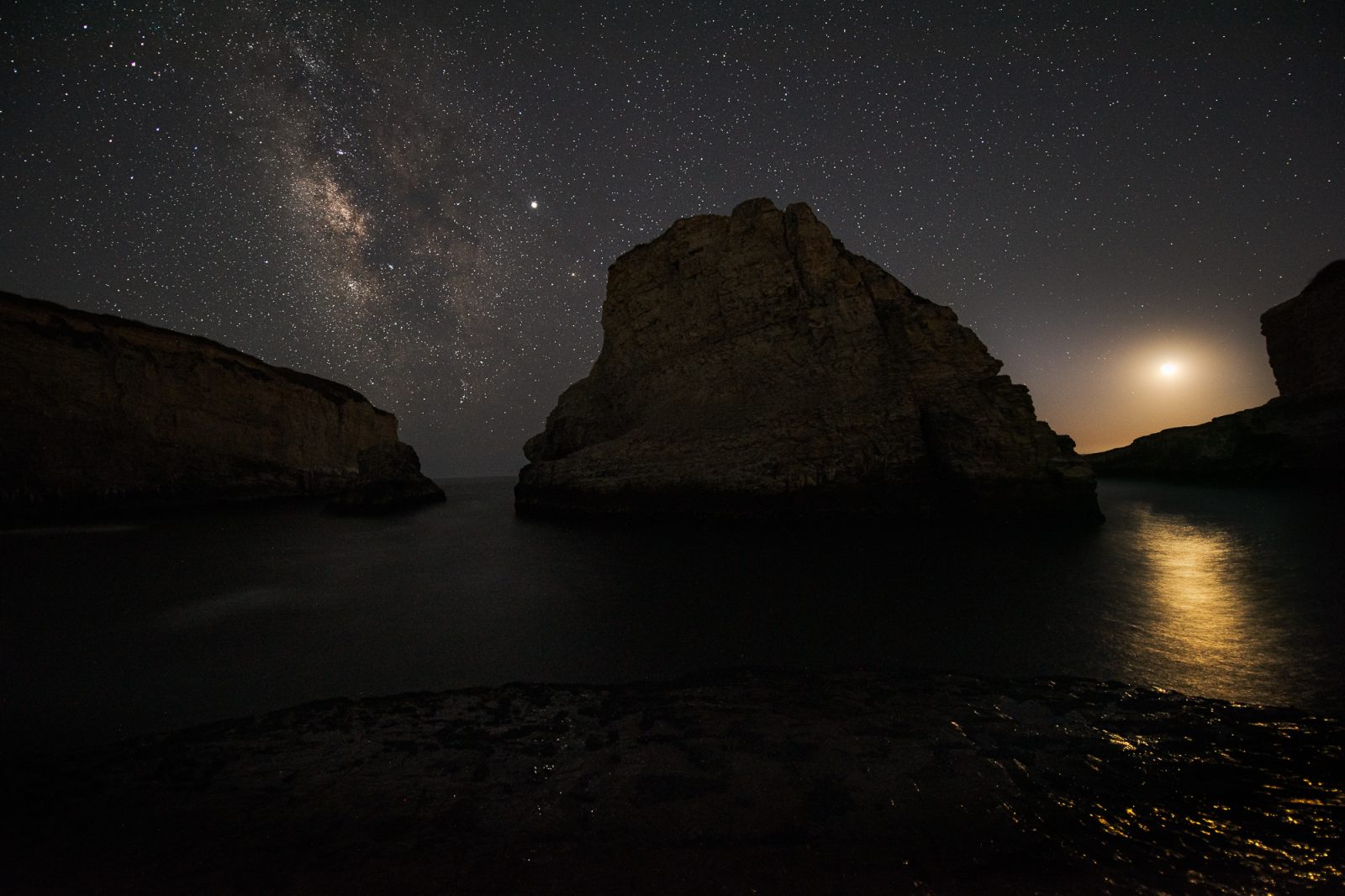 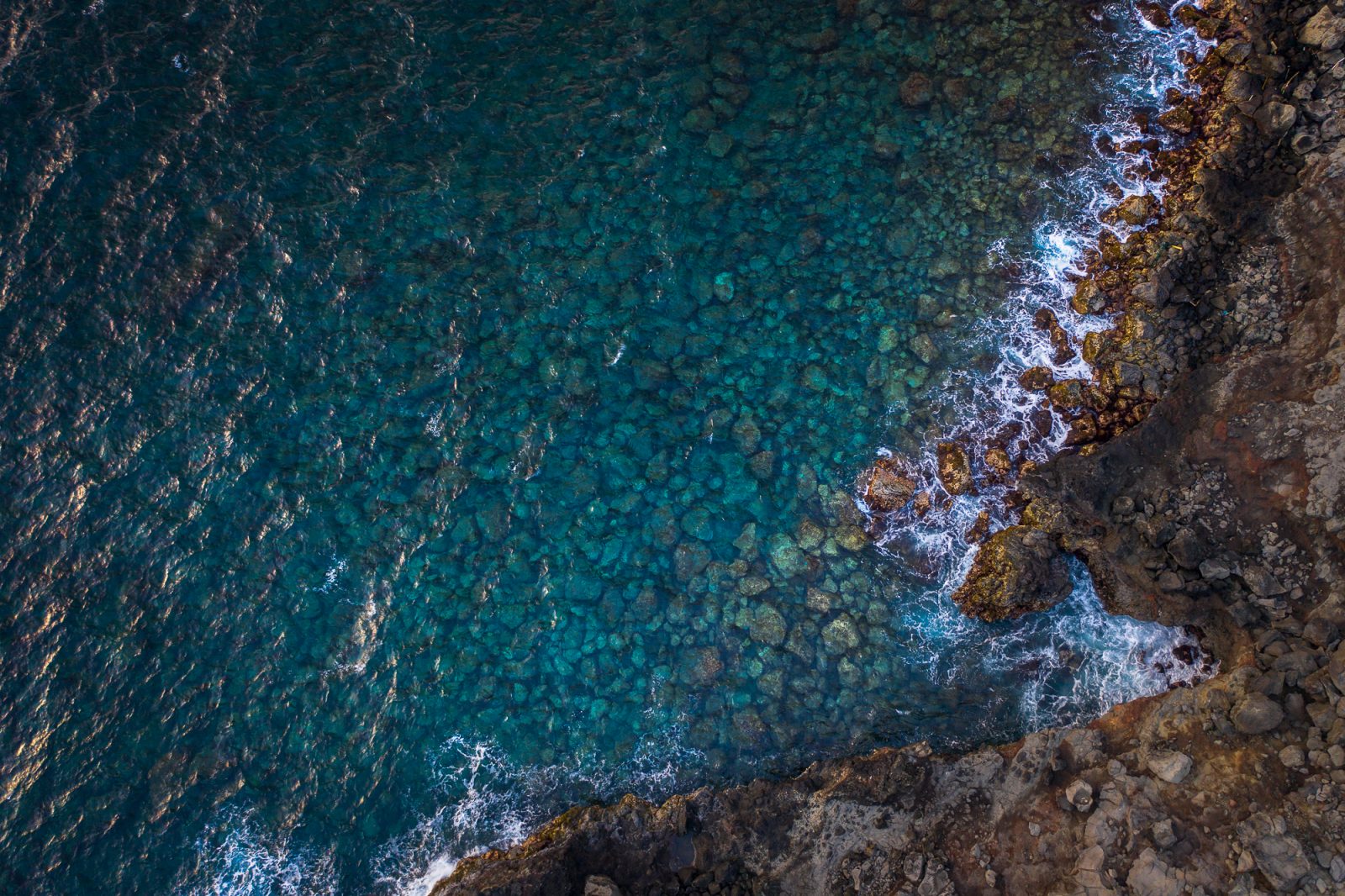 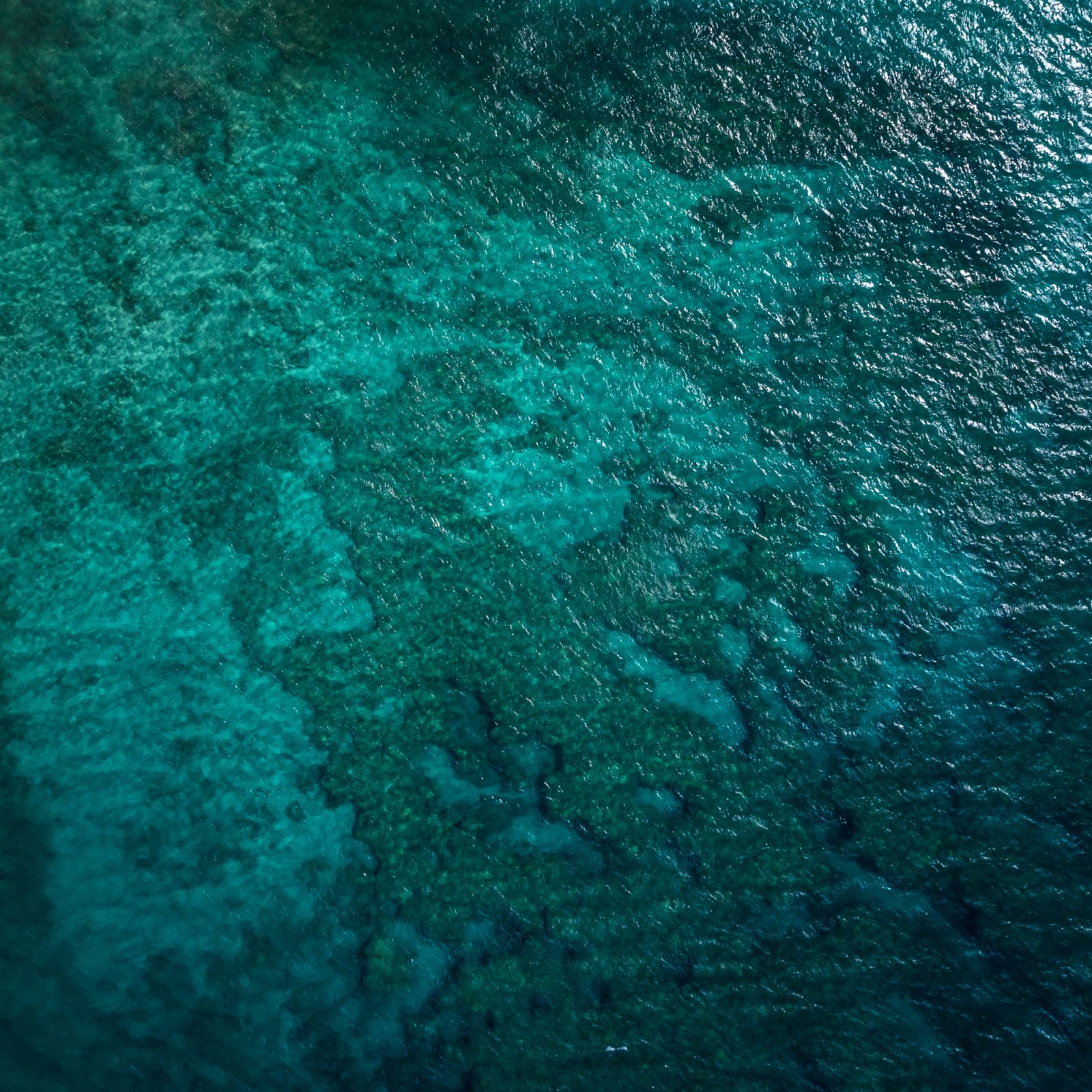 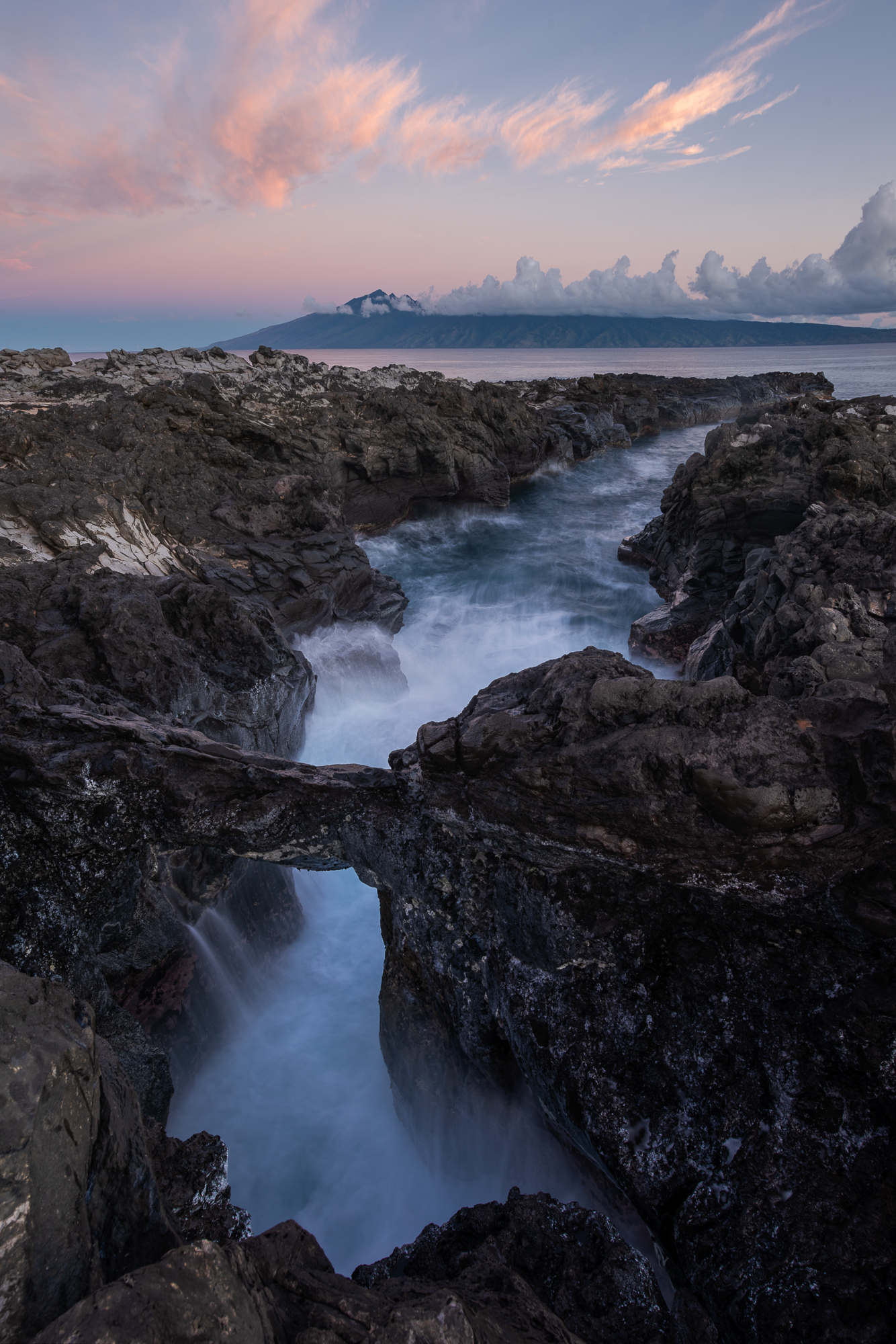 A view towards Molokai from the North Shores of Maui
Nikon D810, Nikon 14-24, edited in Photoshop 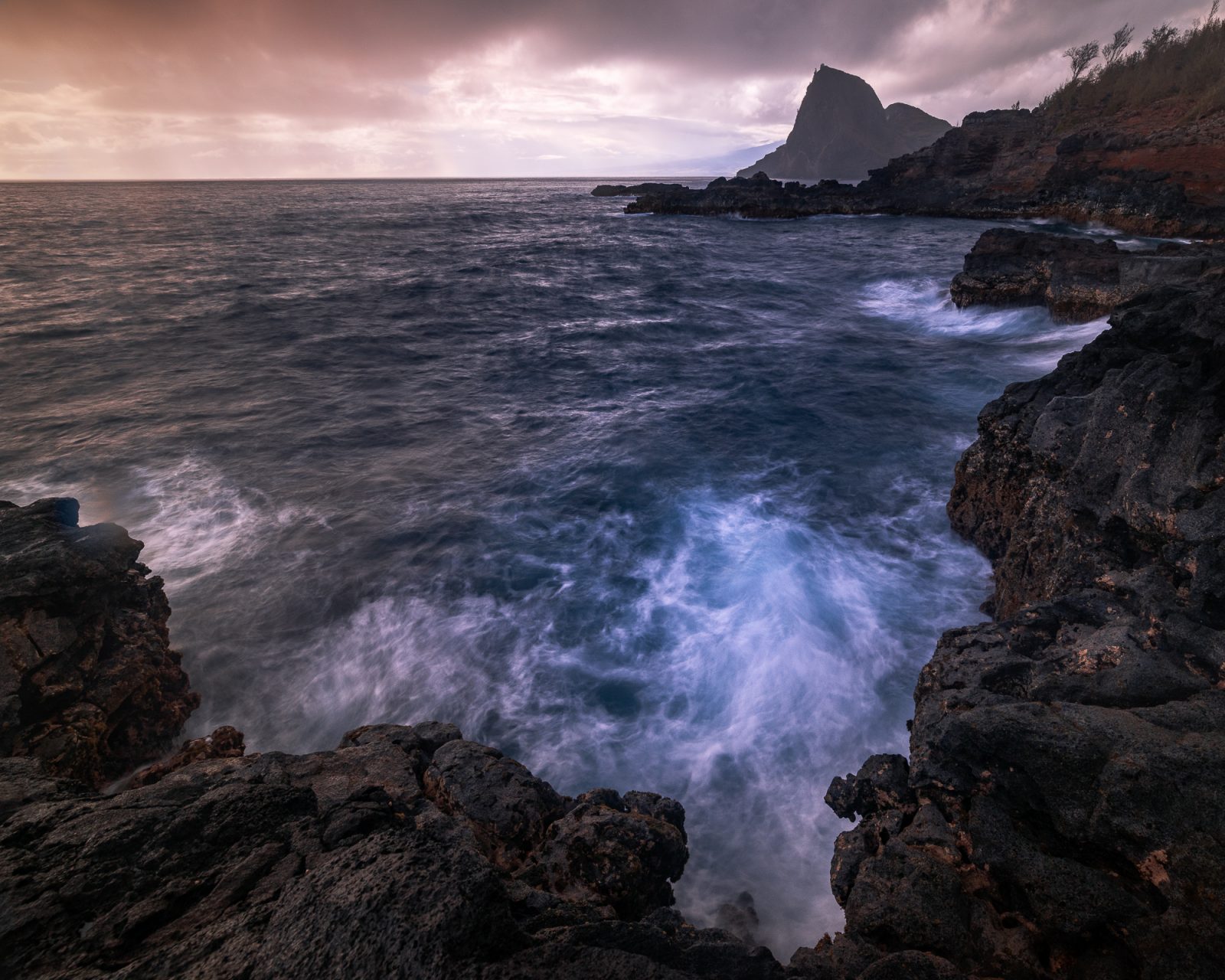 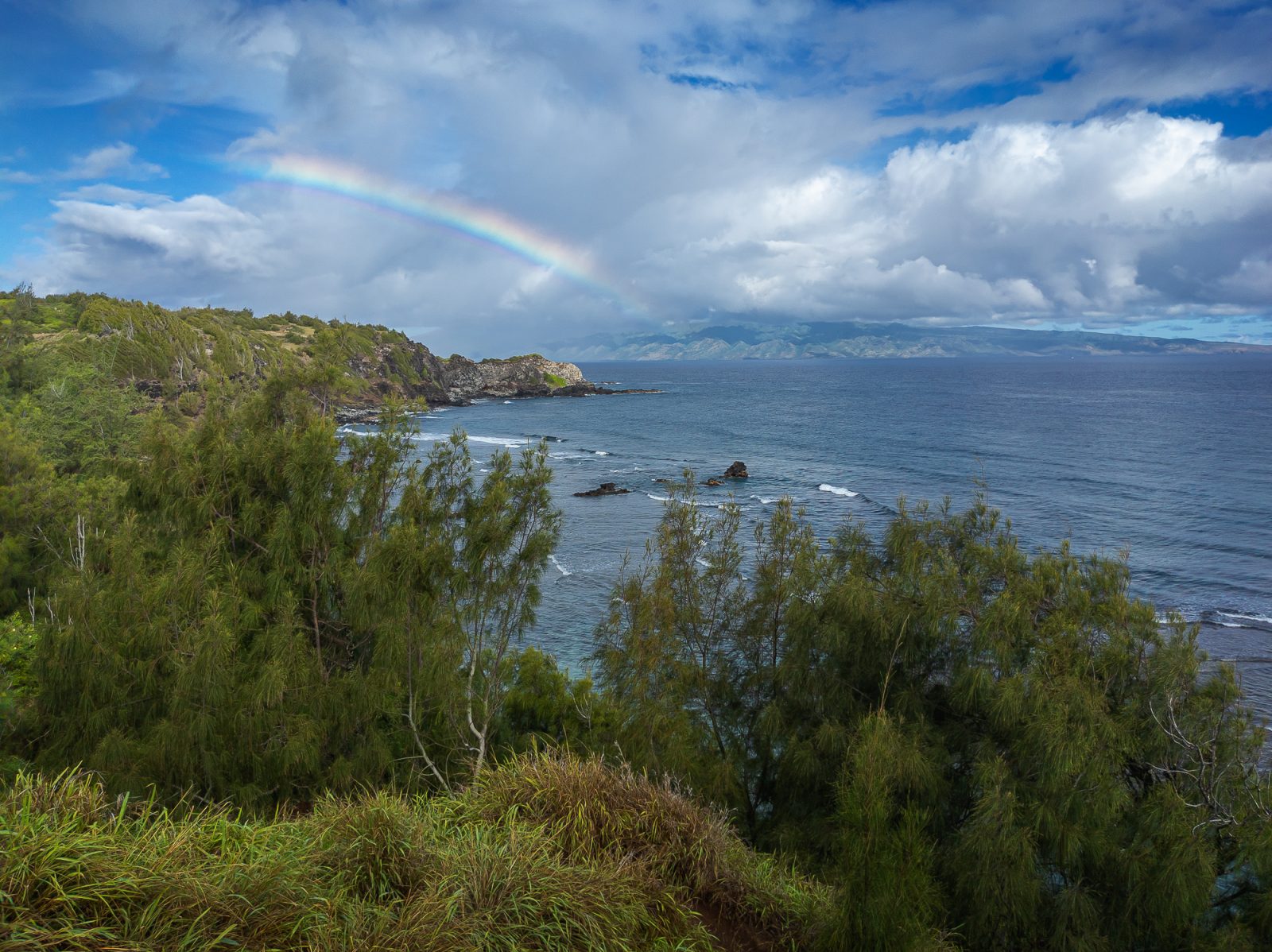 A rainbow shines onto shrouded Molokai, as seen from the high roads of North Maui
Pixel 4 XL merged DNG edited in Photoshop 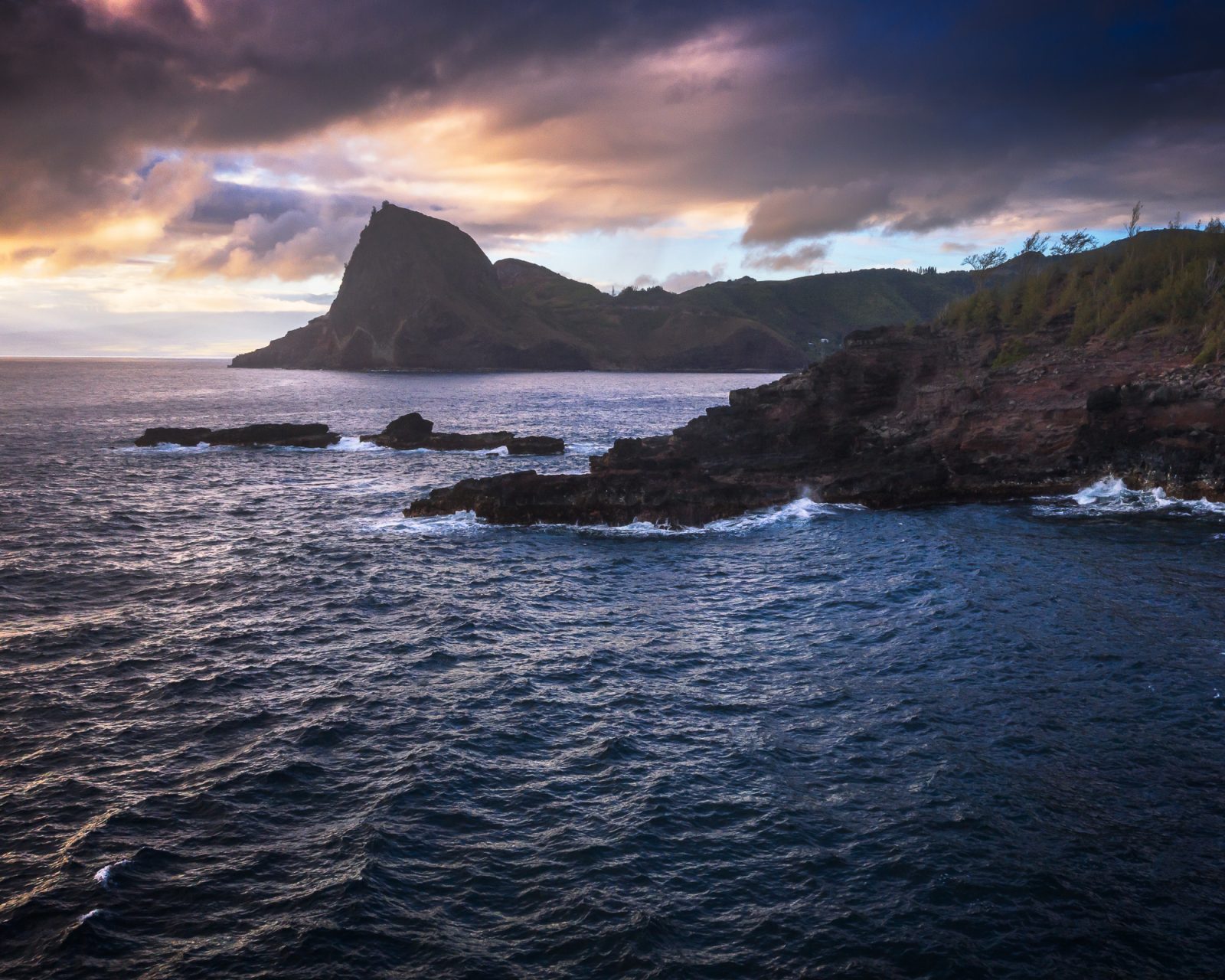 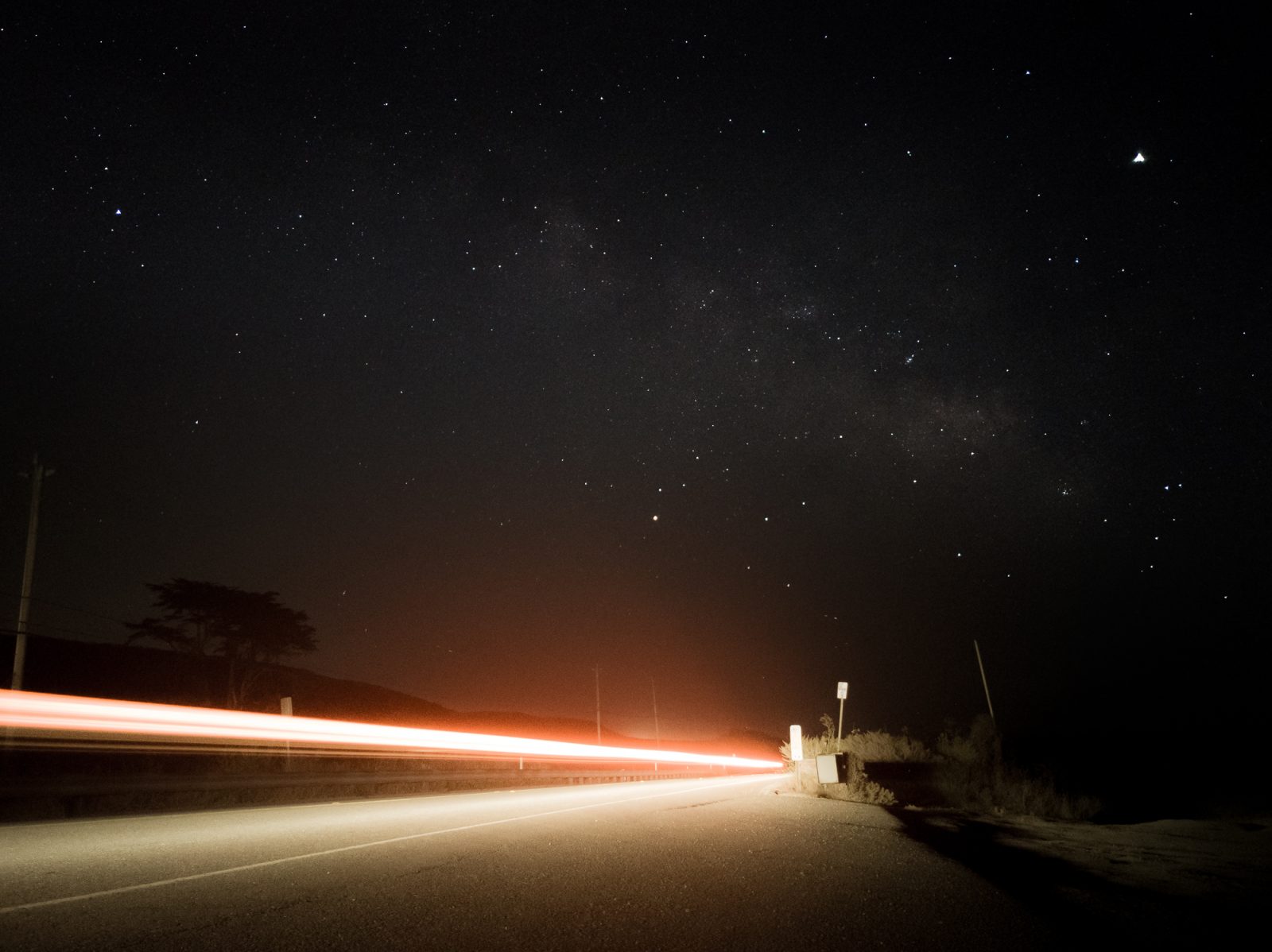 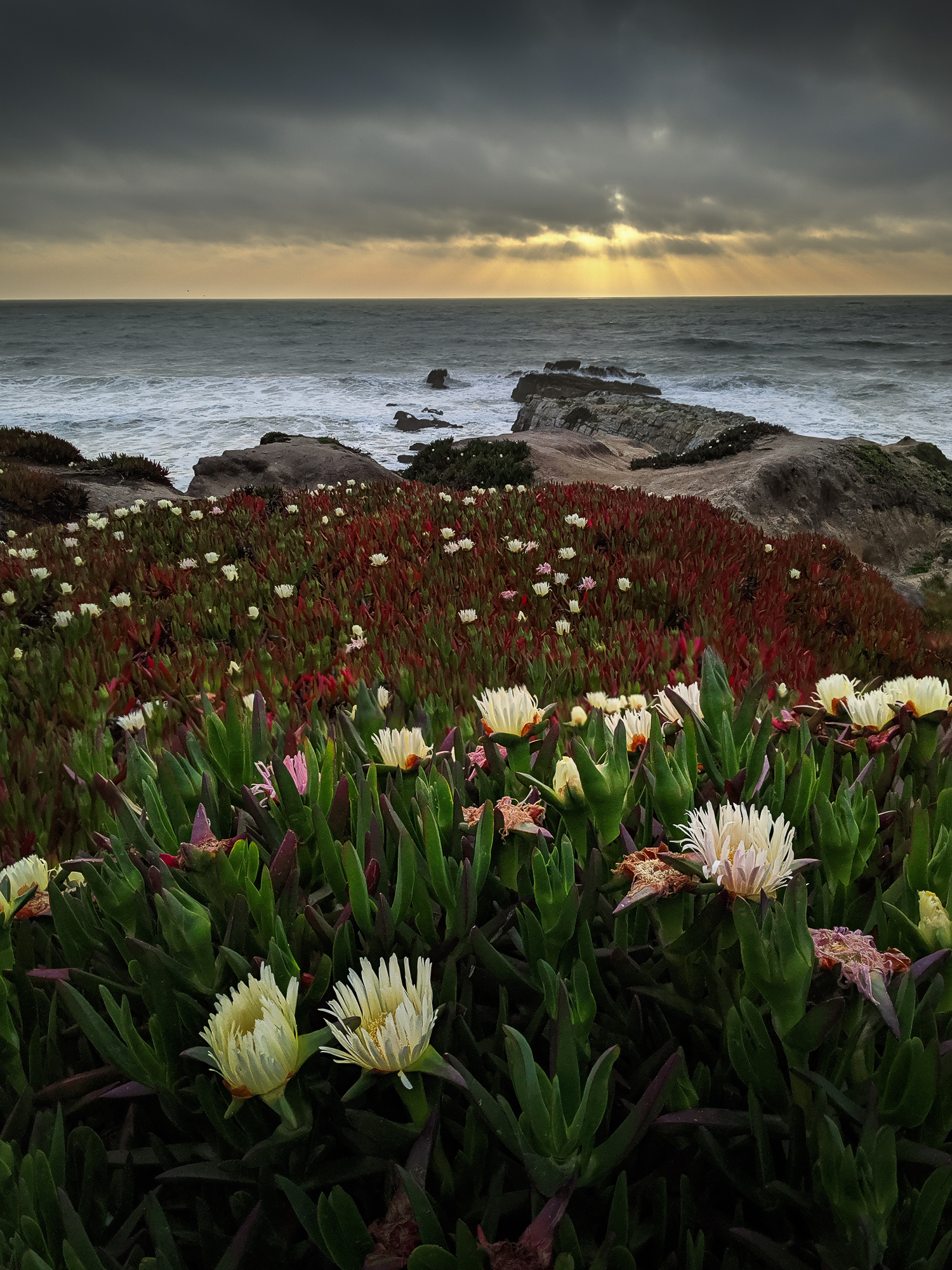 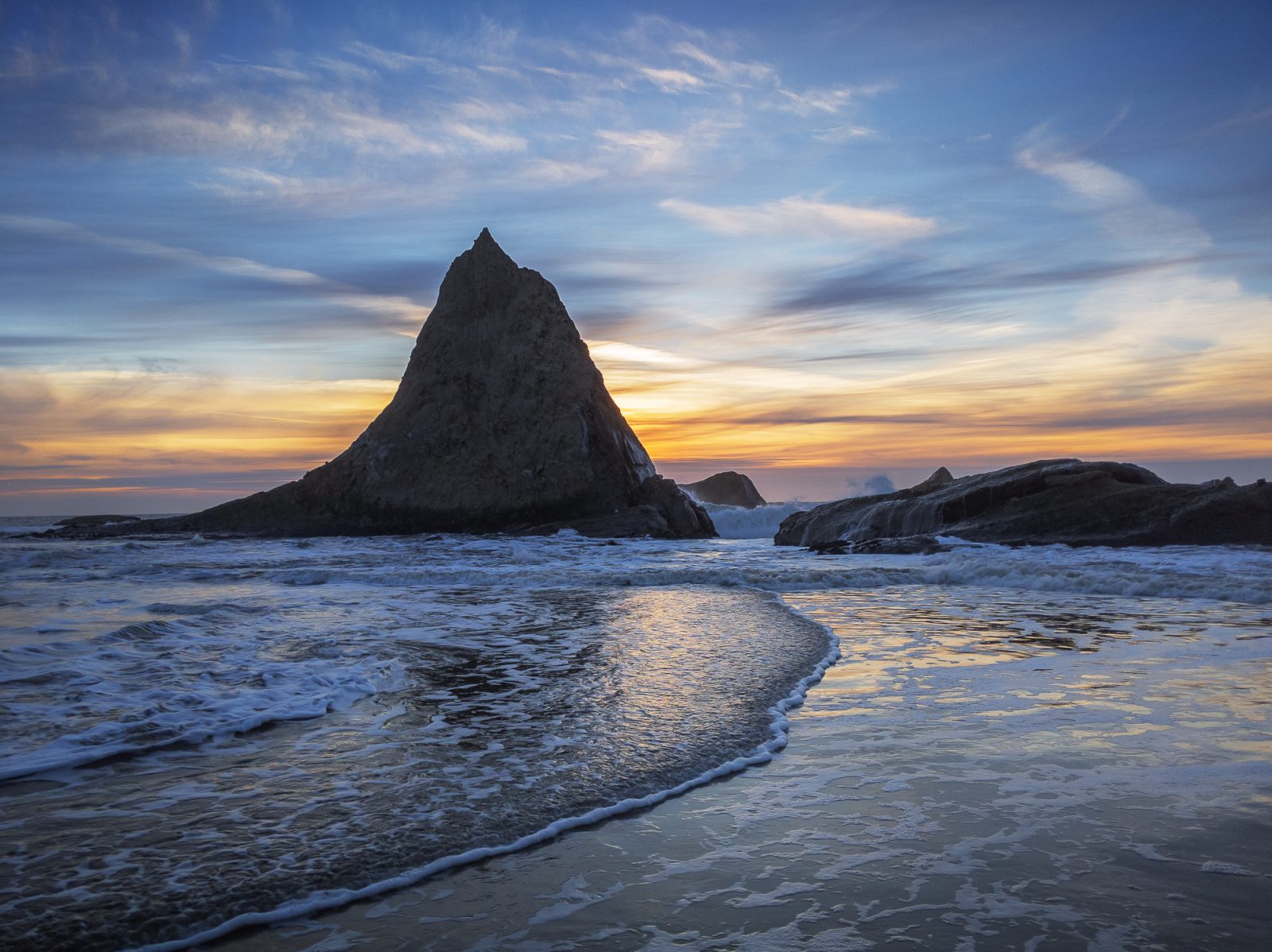 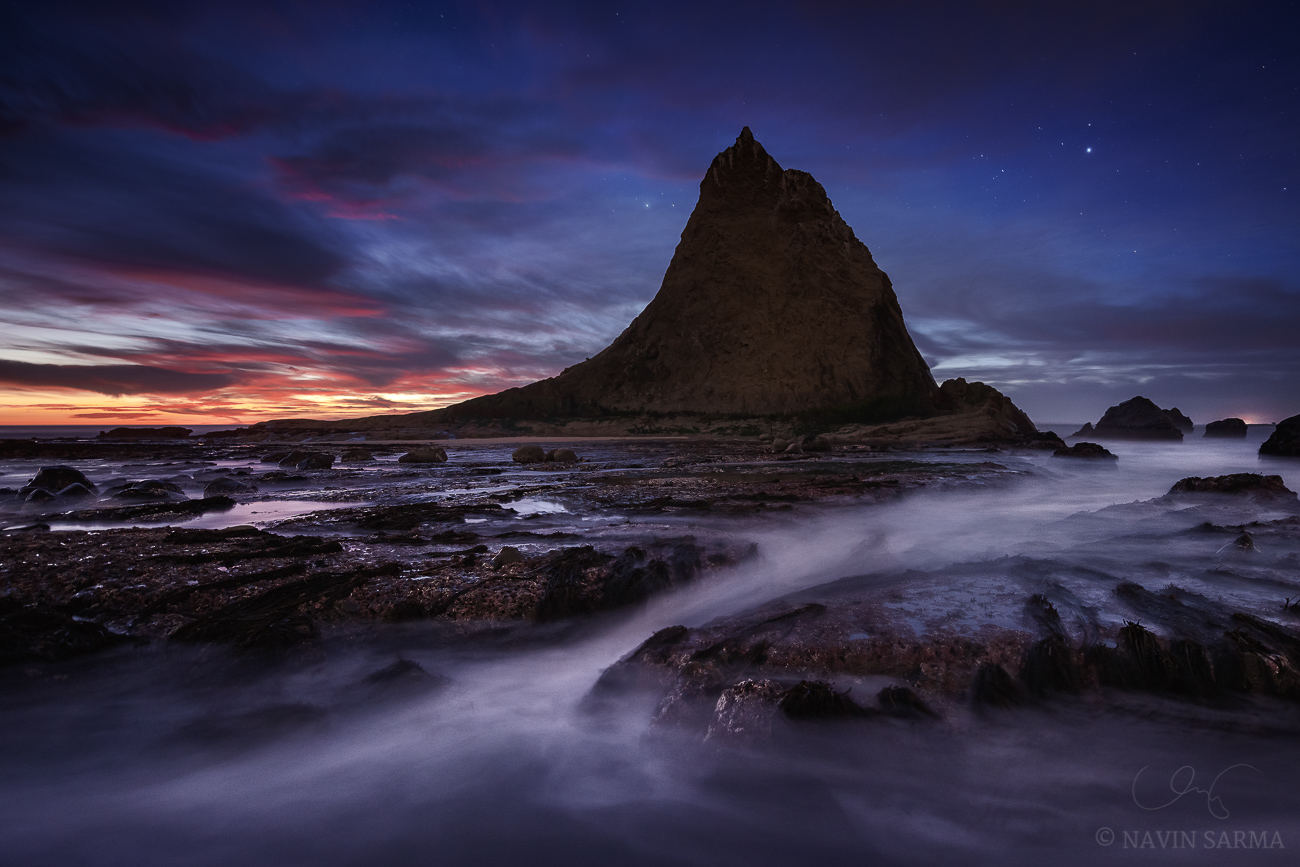 For the full album of my favs from the year, see here.